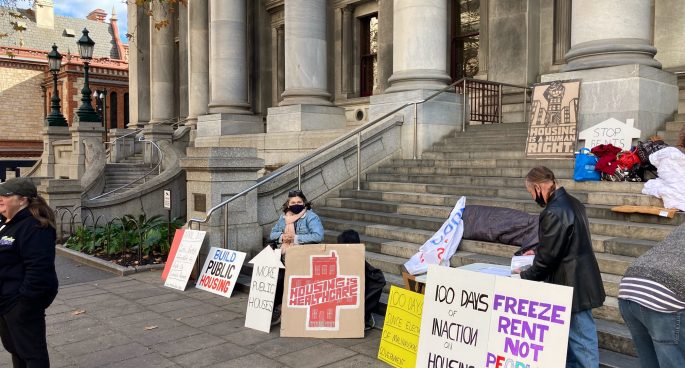 The continually increasing cost of living has forced citizens to take to the streets all the way to South Australia’s Parliament to protest.

The Anti Poverty Network are calling for a cap on rents amongst other things to avoid drawing more people down to poverty.