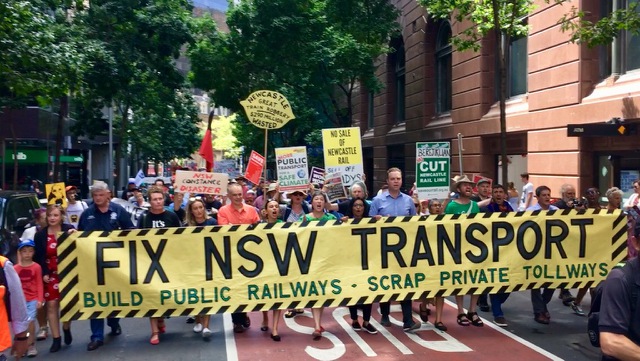 Last week, the New South Wales Government approved the final Stage 3 of the controversial Westconnex roads project. It means a tunnel will be built connecting the M4 at Haberfield to the M5 at St Peters, creating a non-stop bypass of Sydney’s CBD and inner-west.

The approval was announced without fanfare after Anzac Day, however it has attracted significant opposition in the community.  NSW Labor has questioned why Stage 3 has been approved without any formal design, and thousands of community members are continuing to fight against “the world’s biggest road project,” which has a projected cost of over $17 billion.

Tess was joined by NOW PT (No WestConnex, Public Transport) representative John Lozano to chat about the Government’s ongoing pursuit of controversial infrastructure projects like Westconnex, the stadiums plan and the Powerhouse Museum relocation.

There is a NOW PT snap protest taking place today at 12:30pm out the front of NSW Parliament.