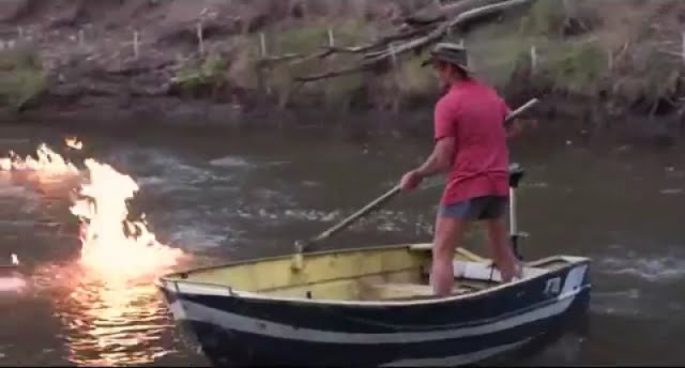 Earlier this week, Greens MLC Jeremy Buckingham made a video of himself setting fire to the Condamine River in Queensland, which went viral.

Setting fire to a river is never a good sign, and Jeremy said that an increase in fracking activity was to blame. Although the CSIRO said that was not the case, they admitted that an increase in methane gas near the river has significantly increased over the past year. Jeremy joined The Daily to discuss the impact of fracking.

Kim began by asking how fracking causes an increase in methane gas.