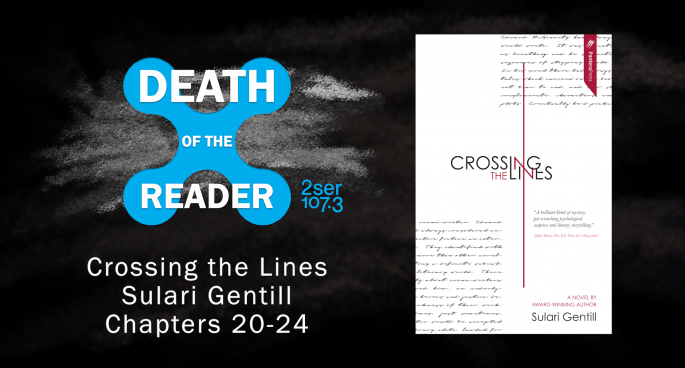 We discuss chapters 20-24 of Sulari Gentill’s ‘Crossing the Lines‘. Ned and Maddie’s spiral into madness approaches its crescendo as their relationships with the people around them start to crumble. Maddie’s relationship with her husband begins to collapse after Ned writes him potentially having an affair, and Ned’s relationship with Willow dissolves as it becomes clear what the truth is behind the murder of Geoffrey Vogel is. Is there any way back from the abyss?
We’re joined one again by Sulari Gentill to talk about the maddening details that nearly sent us spiraling into that same abyss as we read the book, and we finally try figure out what ‘pantsing’ actually is.
Check out Part One and Part Two here!