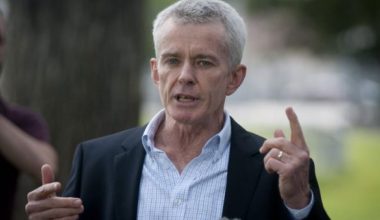 There’s barely even time for a groan-worthy Dad Joke when there’s the comedy stylings of One Nation’s Malcolm Roberts, aka the Senator formerly known as Malcolm-Ieuan: Roberts. The former miner, who once wrote to Julia Gillard and asked to exempted from the carbon tax, went toe-to-toe with Professor Brian Cox on Monday’s Q and A show, much to the delight (and horror) of Australia at large.