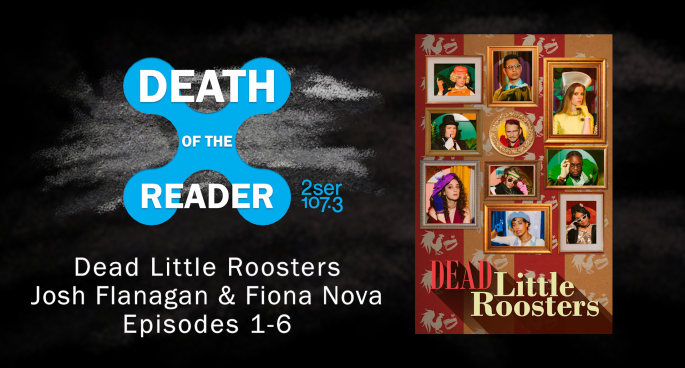 We discuss episodes 1-6 of Rooster Teeth’s ‘Dead Little Roosters‘, directed by Josh Flanagan and Fiona Nova. Ten of Rooster Teeth’s staff arrive for a party at the estate of the wealthy Nicodemus, only for the old man to turn up dead. The ten are then locked in their rooms, and as the gang keep themselves entertained, the body count starts to rise in rhythm with a mysterious poem, the ‘Dead Little Roosters Addendum‘. Who will survive, and who is the killer? With real prizes on the line, it’s up to the audience to figure it out in this interactive mystery competition (or at least it was when it was airing).
We’re also joined by Jon Ingold, Narrative Designer for Inkle Studios to talk about their awesome new youdunnit mystery game, Overboard! From keeping players engaged with a rotating set of goals, and investing your players in a murderous protagonist, it’s a beautiful culmination of many of the ideas we’ve been discussing over the course of our interactive leg of the tour.
Check out Part Two here!