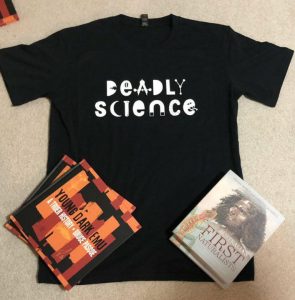 Some of the best science questions come from children. They are always asking ‘how does this work?’ quickly followed by a ‘but why?’. Children are naturally attracted to STEM but some students in remote Indigenous communities are facing barriers because of a lack of resources. Did you know some remote schools in Australia only have 15 books in their library?

One man, decided to do something about this and send science books to rural schools in Australia. A Kamilaroi man, Corey Tutt founded Deadly Science a program that sends STEM books and resources to remote schools and connects young Indigenous students with STEM mentors.

Corey Tutt has been awarded with many accolades in the last month for his work with Deadly Science including being named NSW Young Australian of the Year 2020.

He also has been awarded an  AMP foundation tomorrow makers award and is a semi finalist in the 7 news young achiever awards NSW & ACT.