Death on the Nile by Kenneth Branagh Movie Special 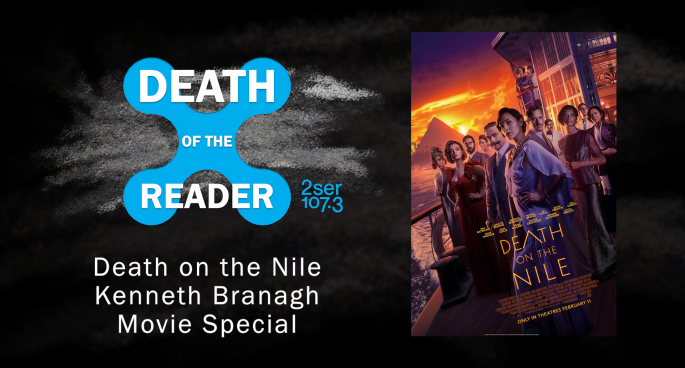 We discuss Kenneth Branagh’s new adaptation of Agatha Christie’s classic Poirot novel ‘Death on the Nile’. It’s spoiler free for the first five minutes! Hercule Poirot just so happens to run into his friend Bouc near Cairo, and Bouc invites him to the wedding party that the young socialite is there to attend. Poirot begrudgingly accepts, and finds himself celebrating the marriage of the Doyles, who he had met in London six months ago. Aboard a boat on the Nile, scorned lovers drip from the decks, and wealth oozes from the cracks. When the inevitable murder happens, Poirot is thrust on the case, and his efforts do not go appreciated.
Thanks to Disney Australia for helping us to see this film early to prepare the episode.
We’re also joined by Nirali and Anokhi from Choc Chip Animation Studios to talk about their upcoming murder mystery musical ‘The Art of Murder’ and the artistic journeys within. Also check out their discussion with our friend Ruby at Kotaku Australia talking about their incredible collaborators, including Sonya Belousova, the composer for Netflix’s ‘The Witcher’.
Also if you’re hunting it, the Red Hot Chilli Writers Podcast is here.

Death on the Nile by Kenneth Branagh Movie Special