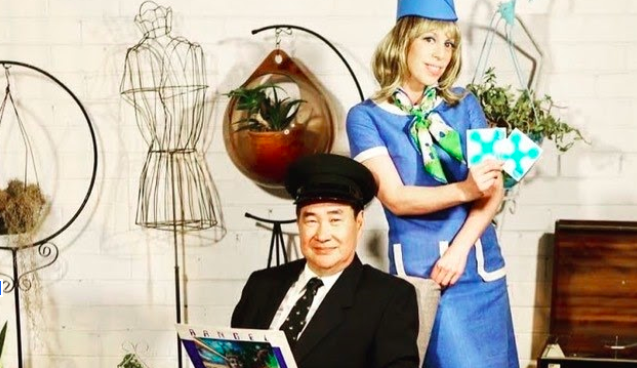 Each Saturday afternoon, he takes his frequent flyers on a journey around the world visiting old/nu jazz, broken beat, Brazilian, Latin, soul, funk to folk and electronica.

Having started his career in the early 80s, Elchino has taken his hand luggage music selection internationally playing in London, Barcelona, Germany and at the infamous Jazzrooms in Brighton.

Locally he has played as a part of the 'All Funked Up' DJ Collective with Simon Caldwell, Kid Dolphin and the Continental as well as Afrobrasiliana with Tom Studdy, Astronafrica, Walking Fish, DJ JöN, Paris Groovescooter and Benny Hinn. Elchino has also had a long residency at the Cricketers Arms Hotel with All Funked Up and "Nu Jazz for the Jetset" with Gordon 'Savage Gee' Watson.

In 2012, Elchino received a Hall Of Fame Award from Radio Station, 2SER for his 12 years of dedication to promote and support unreleased music through his radio show, and to acknowledge his voluntary service and commitment to the station and the community.

Currently, Elchino is Creating/Producing tracks in his home space pad recording studio, during this process he is also adding the talents of guests vocalists who have been joining him in the studio and layering their vocals over his soundscapes.