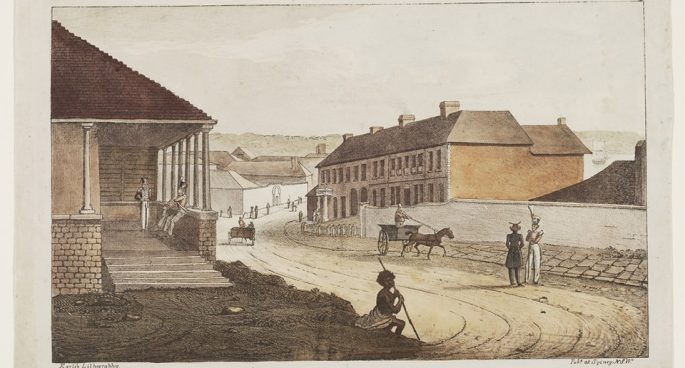 There are many famous examples of bank robbers throughout history – Bonnie and Clyde, Ned Kelly, Butch Cassidy – but did you know that Sydney’s first bank robbery happened before we came to know about these people?

Thomas Macvitie owned the Bank of Australia, and lived above the bank with his family. Convict stonemason Thomas Turner was hired to convert the bank’s basement into a strongroom – and thus became aware of a sewer drain he worked on that connected the bank’s strongroom to the Tank Stream.

To break into the bank unsuspected, Thomas needed to recruit more thieves.

Dictionary of Sydney’s Nicole Cama came in to chat to Nic more about what went down on September 14th 1828, where the thieves walked away with £14,000 ($20 million in today’s money).