Dictionary of Sydney – The Domain, Sydney 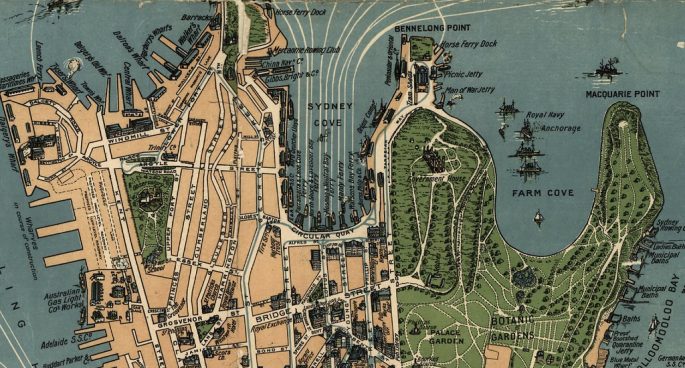 The Domain, Sydney was set up by Governor Macquarie in 1816 alongside the Botanical Gardens. The park sits on the traditional lands of the Cadigal people. At the time of the First Fleet’s arrival, more than 29 clan groups frequented the area of Tobegully (Bennelong Point), where the Sydney Opera House now stands.

Throughout its long history The Domain has been used as a gathering place for people. In its earliest days people gathered for cultural activities, a tradition which carries on today.

“It has been the scene of class warfare, with demonstrations and pitched battles fought there between rival political factions in the 1920s and 1930s, when communists and the New Guard belligerently confronted each other (Wotherspoon, Garry, The Domain, Dictionary of Sydney, 2010).

The Domain’s use as a space for protests continues this Friday 20th September, where a projection of tens of thousands will gather for the Climate Strike.

Dictionary of Sydney – The Domain, Sydney