The Dictionary of Sydney – Joseph Fowles 1880’s artist and influencer 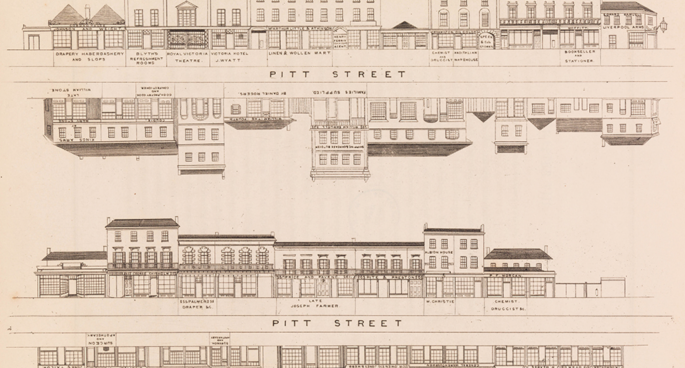 Joseph Fowles was an early Sydney influencer, of sorts.  Fowles, an artist, arrived in Sydney in 1838 with his first wife Sarah and took up a small farm at Hunters Hill. He began drawing and was soon sketching Sydney streets, in an effort that could quite possibly be the first public relations or tourism exercise Sydney had ever seen. Historian Mark Dunn from The Dictionary of Sydney team joined Breakfast’s Willy Russo to talk more about this colourful character.

From the collections of the State Library of New South Wales [Dixson Reading Room Q84/56 c.9]

(Plate 30a, ‘Sydney in 1848 : illustrated by copper-plate engravings of its principal streets, public buildings, churches, chapels, etc.’ from drawings by Joseph Fowles)

The Dictionary of Sydney – Joseph Fowles 1880’s artist and influencer