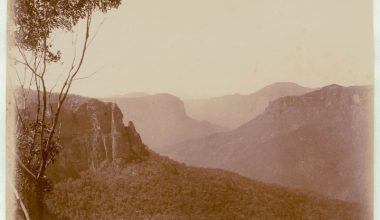 The Dictionary of Sydney has plenty of content across great Sydney, including Sydney’s outskirts high up on the Blue Mountains.

The Dictionary of Sydney recently partnered with Varuna, the Writer’s House up in Katoomba, to commission five writers to write about 5 icons of the Blue Mountains.

These essays have just been published on the Dictionary;