DICTIONARY OF SYDNEY: The Great Strike of 1917 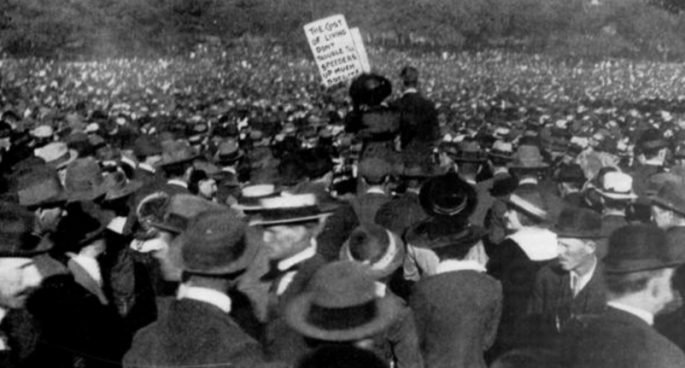 On today’s  episode of Dictionary Of Sydney, City of Sydney Historian Laila Ellmoos talks about Australia’s 1917 Great Strike, which is regarded as one of Australia’s largest ever industrial conflicts. In response to the new system of monitoring workers productivity, the conflict broke out on the NSW railways and tramways in August 1917.

Eveleigh Railway Workshops were a centre for the conflicts. In July-August, the City of Sydney and Carriageworks will present an exhibition to mark its centenary. Laila will be hosting and discussing the social protest that accompanied the strike, from the regular street marches and mass meetings in The Domain, to the role of local communities in rallying around the strikers and on the picket lines.

DICTIONARY OF SYDNEY: The Great Strike of 1917