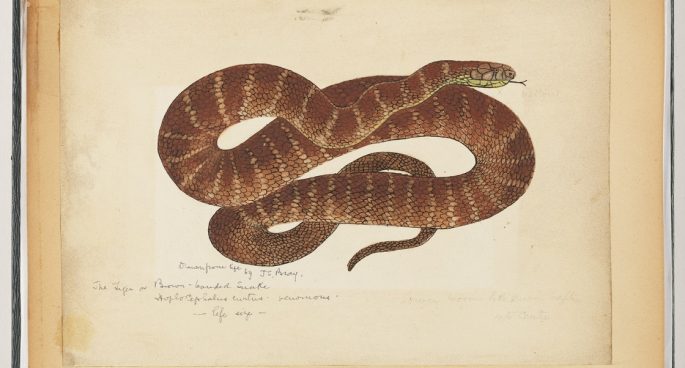 James Samuel Bray was a late nineteenth century amateur naturalist, author and entrepreneur in Sydney. Through his extensive exploration and documenting, Bray managed to capture much of the city’s diminishing traces of natural, Indigenous and early settler heritage. His insatiable curiosity – and want to be scientifically acclaimed – led him to establishing his own museum, Bray’s Museum of Curios, in his Woolloomooloo home. However, the museum wasn’t the success he had envisioned, and he ceased trading in the early twentieth century and moved to Manly.

To find out more about this “strange but wonderful personality”, Nic was joined by University of Sydney historian and snake admirer Dr Peter Hobbins who recently won the Community History Prize at the Premier’s History Awards for his book Stories from the Sandstone.