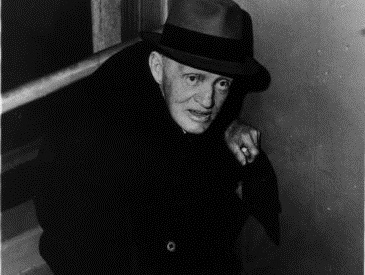 Arthur Stace – or Mr Eternity – was born in the late 1800s to parents who were alcoholics, and we soon became a ward of the state. He received little formal education, and he started drinking heavily by the time he was 14. He spent most of his early years in and out of jail and hospital.
In 1930, Stace attended a ‘tea and rock bun’ meeting at St Barnabas, Broadway, where his life changed direction: he converted to Christianity and gave up drinking. In 1932, Stace left a service in Darlinghurst feeling inspired after listening to a sermon delivered by evangelist John Ridley, where Ridley repeated the word ‘ETERNITY’. He found a piece of chalk in his pocket and, having never been able to write his name before, he began writing the word ‘ETERNITY’ on the pavement across Sydney.
He went on to write the word over HALF A MILLION times over 50 years.
When was the last time you saw the word ‘ETERNITY’ scrawled on pavement?