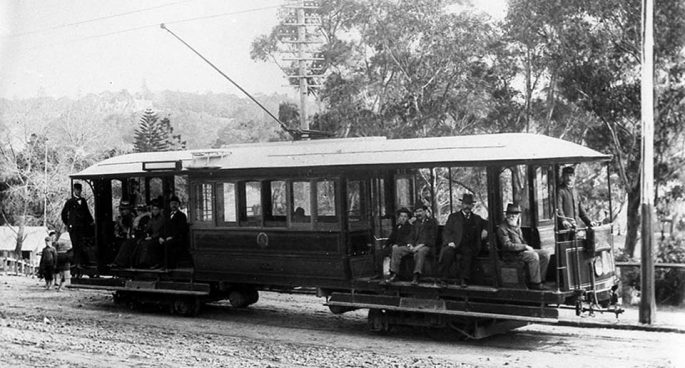 Everything old is new again! Earlier this week, a new art installation was unveiled at Wynyard Station: the old wooden escalators were reworked as an aerial artwork above the current escalators.

In addition, a section of the tram lines were opened over the weekend, running down George Street, part of Sydney’s first major train infrastructure before it was closed down in the 1960s.

You can read more about Sydney’s tram history over at Dictionary of Sydney–or watch a video from the National Film and Sound Archive of Australia about what it was like to ride a tram – in 1906!