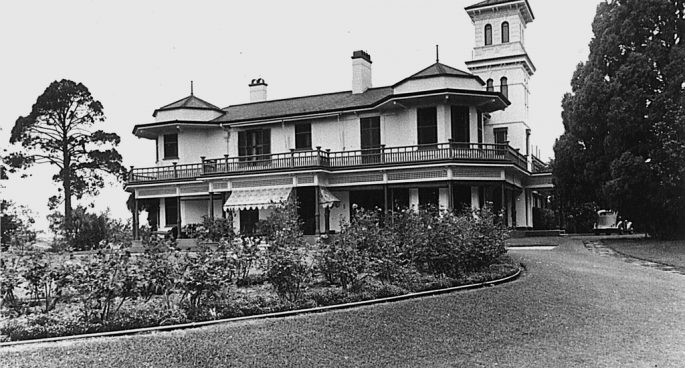 The Yaralla Estate is a mansion and former home of Eadith Campbell Walker, and is considered by the National Trust as “the most significant, suburban Edwardian estate in New South Wales”. Located in Concord West, the estate was once considered the centre of Sydney’s social scene and has seen its fair share of famous guests, including Queen Elizabeth II’s parents.

Restorations by the Canada Bay Heritage Society has seen the estate restored to its former glory, and it is often open for tours to the public. The site was also used to film scenes from Baz Luhrmann’s 2013 adaptation of The Great Gatsby.

Dr Nicole Cama from the Dictionary Sydney came and spoke to Nic about the historical significance of the estate and its relationship to The Rivendell Child, Adolescent and Family Unit, a mental health facility for young people.