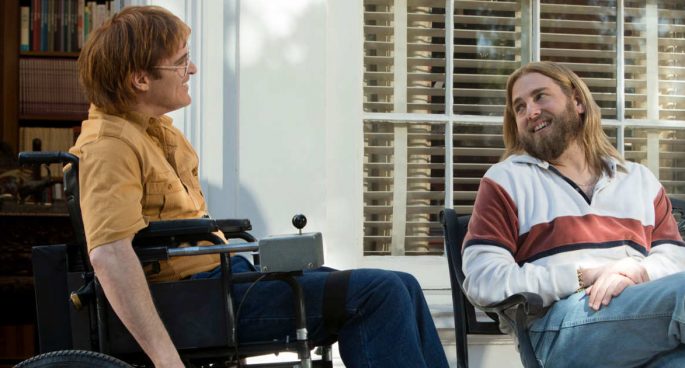 The presence of the ever-talented Joaquin Phoenix is enough to recommend a movie, even this one.

Don’t Worry He Won’t Get Far on Foot, Gus Van Sant’s biopic of Oregon cartoonist John Callahan who passed away in 2010, focuses on the figure’s early years, struggles with alcoholism and challenges following his paralysis in a car accident after a night of heavy of drinking.

Tying it all together loosely with flashbacks of AA meetings and, of all things, a heartfelt speech to a crowd of admirers, all too frequently deployed in biopics of late, the film, which would not have been possible but for the decades-old drive of the late, great Robin Williams to see it made, never quite settles on a way to tell it’s story.

Intermittently laced with examples of Callahan’s drawings to further or even supplement the action, this charming technique is abandoned for whole lengths of the picture. Save a duly hilarious and touching sequence, one of the best of the film, where the newly-published now-icon and burgeoning creative bumps into randoms on the street to show off his drawings, there is a regrettable lack of focus on the heartfelt and not uncontroversial cartoons themselves. Similarly deploying a superbly idiosyncratic sliding-transition between early sequences that imparts an invitingly distinct tone, this effect is surprisingly absent in the film’s later stages.

Phoenix is reliably brilliant in each and every sequence and even more so as Callahan begins his rehabilitation, sharing a refreshingly naturalistic encounter with a newly-introduced carer played by Rooney Mara. You could be forgiven for not knowing that Mara is in this film or even forgetting that she’s present; her handful of sequences, scattered throughout and lacking any semblance of consistency beyond inserting someone, anyone into the action when it so requires, wreaks of lax forethought.

Upending a traditionally coherent narrative structure, the tone and manner of that extolled, jumping ever so often between the varied aspects of Callahan’s life, presumes in its audience a pre-existing knowledge of or endearment to its subject and his work that would readily render this biopic more relatable and easier to absorb. Jonah Hill, in a roundly different role to his traditional fare, plays Callahan’s sponsor and not dissimilarly visits himself upon proceedings when the film requires an explicit moral expounding and Callahan all too conspicuously delivering a speech to the assembled just won’t do.

Phoenix does however share a jarringly good sequence with Hill, entirely due to the latter’s about-turn into heavily emotional territory, as well as a very memorable encounter with the man who was driving the car on that fateful night, played by Jack Black in a part attuned to both his dramatic and bombastic capabilities.

Regardless of its misgivings deserving of credit for it’s performances and not shying away on several occasions from many none too glamorous realities of living with a disability, Don’t Worry He Won’t Get Far on Foot in it’s creative choices takes for granted an already palpable sense of attachment to its subject which, at least prior to their first viewing, many audiences simply will not have.

You've waited all week for it. You've been patient.… 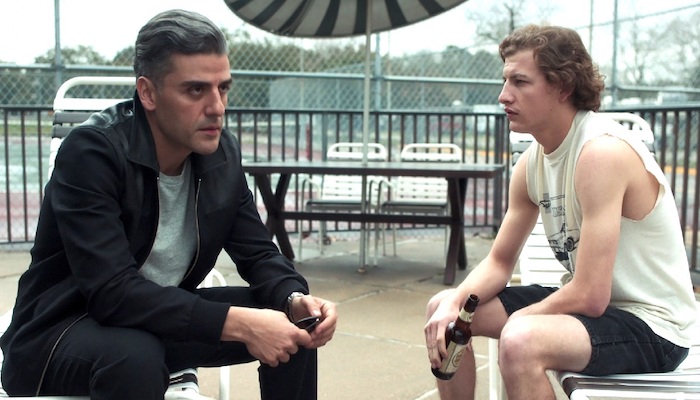 Is a pair of Oscar Isaacs a winning hand?