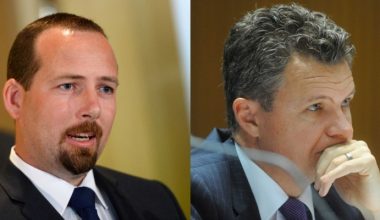 We have been talking Prime Minister Malcolm Turnbull’s ultimatum to the Senate regarding the Double Dissolution election. This combined with new voting legislation would seem a way of riding the government of some of those pesky crossbench Senators following that marathon debate.

But the double dissolution also means that less votes are required for a quota to get elected to the Senate, so Mr Turnbull may not have it all his own way.

Senator Ricky Muir is one Senator that the Government says is elected with the help of ‘the preference whisperers’, and 2SER reporter Rod Chambers caught up with him between press conferences to see what he might do.

Rod also spoke with Matt Thistlethwaite, Member for Kingsford-Smith and Assistant Shadow Minister for Foreign Affairs – the ALP view is that this move was not unexpected, and the Senate will probably reject both Bills again, so they will be ready for an election on the 2nd of July.