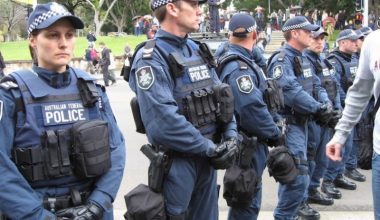 If you’ve seen Minority Report you’ll know it’s all to do with trying to prevent crime before it happens. Well new laws looking to be passed in NSW are trying to do the same.

NSW Police Minister Troy Grant is trying to push a new bill that will give police unprecedented powers to prevent serious crime in Australia, the laws resemble what police are able to do against terrorist suspects.

In theory a father who has lent a car to his son without knowing his son planned to use it in a serious criminal offence could be caught up by the proposed law.

The laws allow for restricted movements and a ban from employment and a possible 5 year curfew put in place for those convicted. Mitch spoke with Ian Dobinson from UTS law faculty on the ethics of the bill