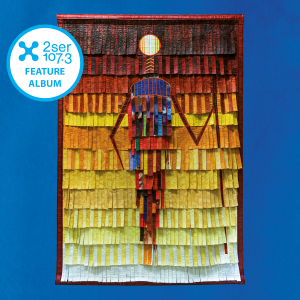 The Gulf of Mexico meets the Saharan sun on this weeks 2SER feature album, Ali, a work that combines the collaborative force of Malian guitarist Vieux Farka Toure and Texan psych-funk virtuosos Khruangbin.

The album title is a tribute to Ali Farka Toure (Vieux’s Father), who is a renowned Malian guitarist, often referred to as the “Hendrix of the Sahara” who passed away in 2006.

And it’s a wild  and cosmic ride, featuring psychedelic jazz with a strong influence of multilayered Western African styles. And flawlessly produced.  Laden with a thick, hypnotic funk groove, and simultaneously experimental yet familiar, endlessly emotive and in the zone.

2SER subscribers can win a copy of Ali on vinyl in the usual way.

Previous
I love you Jennifer B by Jockstrap