The Feature Album this week on 2SER is the latest from lutruwita/Tasmania-based singer/songwriter Ben Salter, 21 songs about happiness.

21 songs was recorded as part of the import/export exhibition (a real recording studio as an artpiece) at MONA during 2021, with Ben as both artist and artwork. The final release, replete with cheers from guests at Mona, is a lively, heartfelt and exuberant trip through a uniquely Australian form of folk songwriting. 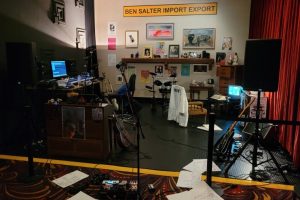 Salter is already a highly regarded musician with 20 years standing as a member of  various projects including The Gin Club, Giants ofScience, The Wilson Pickers, The Young Liberals and more.

In this, his ninth solo album, he adopted the straight-forward technique of limiting songs to a maximum of 90 seconds. And despite the time limit (a rule he breaks occasionally), there is much depth to this and it is steeped in poetic, unassuming lyrics and direct to the point songwriting. 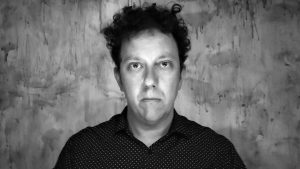 When listened in it’s entirety, the bite size missives on life build cumulatively, and there is a sense of breaking through as the album develops. Nevertheless, the search for happiness was a self-described source of friction for Salter:

” A lot of my output is somewhat bleak so it seemed like a cool idea. There is a sort of self-help, posi-vibe to a lot of the lyrics and there’s a fist pumping, big chorus vibe to the arrangements – but it’s still kind of sad.”

Next
Andy Golledge, Strength of a Queen