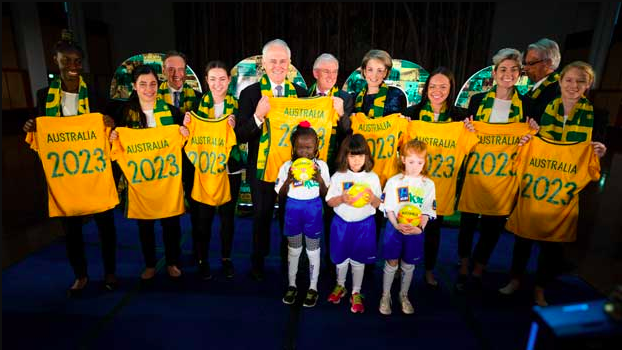 On Tuesday, the Federal Government announced that it would pledge $4 million of funding for Australia’s bid to host the 2023 FIFA Women’s World Cup. This follows on from the initial $1 million the Government gave to the FFA to prepare the bid. While a fantastic run of results from the Matildas in 2016 and the success of Australia’s hosting of the Asian Cup in 2015 add weight to the bid, issues surrounding the transparency of international governing body FIFA and news that Australia is likely to face stiff competition from Colombia, Japan and New Zealand for the hosting rights, ultimately leaves a lot of questions up in the air. Evan Morgan Grahame, football writer for The Roar joined The Daily producer Luke O’Brien to talk about the bid.