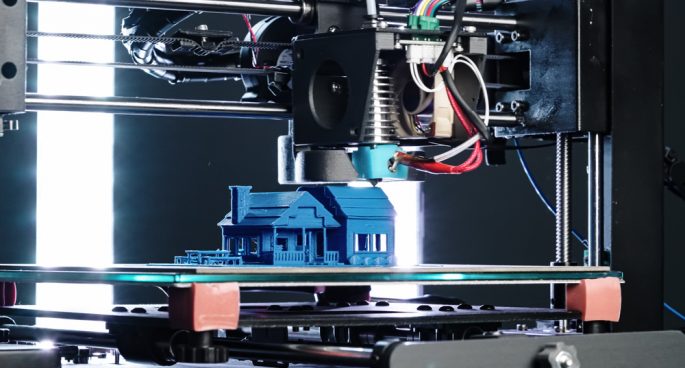 The effects of climate change have ushered in a new era of dangerous heat levels in Australia. During the record-breaking summer of 2019, Sydney Councils funded a climate adaptation program that recognised heat as the biggest threat to locals. This comes as no surprise, considering heatwaves kill more Australians than any other natural disaster. And with the possibility of 50-degree-plus summers looming over the country’s future, experts warn that without dedicated efforts to redesign and rebuild our suburbs, certain parts of Australia may become unliveable within decades.

While the impacts of heat stress can be felt nation-wide, some communities are more at risk than others. According to Doctor Kim Loo, NSW Chair of Doctors for the Environment, those most vulnerable are the elderly, children, individuals with pre-existing health conditions, and people who live in homes with poor energy efficiency: “During heat waves, it can get up to 30 degrees inside a house, and that’s not compatible with human health,” says Kim. “With my patients who have a low income, they can only afford properties that have no thermal efficiency.”

Given our position on the globe, it’s no surprise that parts of Australia are warming faster than the world average. And with rising greenhouse gas emissions in the atmosphere, Australian summers are bound to get even hotter. As high-risk communities become increasingly vulnerable to the impacts of climate change, how are architects using new technology to ensure buildings are energy efficient?

In an episode of Think: Digital Futures, 2SER host Julia Carr-Catzel presents one potential solution being implemented by architects Hank Haeusler and Tim Schork: 3D-printed housing. “I think there’s huge potential to re-think what buildings for hot climates could be, so that they really perform in their geometry, structure, and materiality,” says Hank, the Deputy Director for Architecture and Design at the AI institute of UNSW.

Hank is currently designing 3D-printed homes tailored to particular regions and climates. The homes are customisable to ensure better ventilation and draft-proofing, making them naturally cooler in summer and warmer in winter: “Design not only a single wall, but a double wall, where air can

In Australia’s largest city, a primary area of concern for buildings with poor energy efficiency is Western Sydney, which can reach temperatures up to 10 degrees hotter than other areas. On January 4 of 2020, when Sydney’s bushfires caused heatwaves across the city, Western suburbs were hit the hardest, with temperatures in Penrith soaring to 48.9 degrees, making it one of the hottest places on earth that day. 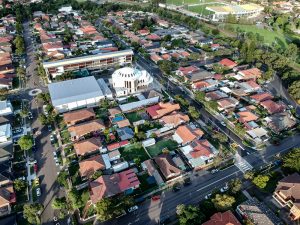 Home to over 2.5 million people, Western Sydney is described as a “floodplain of closely packed houses,” where “heat pools on islands of black bitumen and collects on sun-baked concrete.” While sea breezes help cool the harbour and coastal areas, they only span as far as the border of Parramatta, leaving Outer Western suburbs away from its reach. But what other factors make Sydney’s West more prone to dangerous heat levels?

Mattheos Santamouris, UNSW professor and renowned expert on developing cooler cities, believes the answers lie in Western Sydney’s geography: “The desert to the west acts like an open oven door, blasting hot air at the suburban sprawl.” This, in conjunction with high-density development and climate change, makes Western Sydney more likely to experience shocking heat levels. Santamouris believes that, without redesigning infrastructure to help residents cope with rising temperatures, parts of Western Sydney will become abandoned during the next 20 to 30 years.

A survey conducted by Emma Bacon, founder of the project Sweltering Cities, reveals that many Western Sydney residents approach the summer months with feelings of dread: “The amount of people who use the word ‘dread’ with me about summer is shocking,” says Emma. “Overwhelmingly, they’re saying political parties should have policies to address the heat in the city.”

According to Doctor Kim Loo, “the thermal efficiency of houses really determine how well a person is.” At her medical practice in Blacktown, located in Greater Western Sydney, Kim sees the effects of heat stress first-hand. “Especially on my elderly patients, and young children,” she says. Unfortunately, the restrictions brought on by COVID-19 have only added fuel to the fire. “Normally, during summer, a lot of my patients renting in thermally-inefficient houses will go to the shopping centre, the pools, the church where it’s air conditioned. But with COVID restrictions, you can’t gather people in shopping centres, churches and halls that are air-conditioned. There are so many problems stacking on top of each other and I’m so worried.”

Kim belongs to a group of 75 organisations demanding minimum standards for rental properties, in order to safeguard the health of tenants and protect them from the effects of climate change. “As a Doctor, you look at biological determents of disease, and you look at pharmacology. But then you hit the real world, and these issues of housing and equity become so obvious. And you can’t have healthy people without healthy, stable homes.”

Despite the benefits of energy efficiency that 3D-printed housing could provide in highly urbanised communities like Western Sydney, the harsh reality is that most of Australia’s housing stock already exists. “We’ve got a huge building stock that, from an environmental perspective, is very poor,” says architect Hank Haeusler. “And an upgrade there is possible. To demolish them all and build new wouldn’t be the right approach.” That’s where UTS architect, Tim Schork, comes in: “In Australia, about 98 per cent of buildings already exist. So how do we extend the lifespan of our existing buildings?”

By replacing the steel with perforated plastic ductwork created by a 3D printer, SR2 enables even air distribution, and improves the consistency of air temperature and flow. “How we 3D print is that we control an industrial robot that is precisely tuned, in order to print designed perforations within a ducting tube,” says Tim. “Instead of having square sections, which is what normal metal ducts are, our ducts have circular sections. They’re also continuously tapered so they change in order to maintain air pressure. And the perforations are continuously diffusing.” 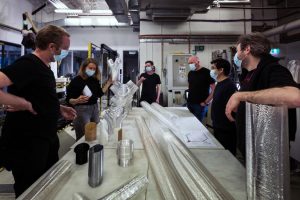 Not only does SR2 improve air quality, it also reduces embodied carbon by 90 per cent when compared to other systems. And that’s including the carbon produced from importing the materials. “The material doesn’t currently exist within Australia. So we source this from Europe,” he explains. “And it takes into account the carbon footprint of the air freight of the plane bringing it from Europe to Australia. So of course this could be cut even further if we had a local manufacturer making this material.”

With the building sector being accountable for almost 40 per cent of annual global greenhouse emissions, improving air ventilation systems is just one way that architects are retrofitting existing properties to make them more energy efficient. However, Doctor Kim Loo believes that retrofitting existing homes doesn’t necessarily require 3D printing or new design processes: “It would not take many changes to make a lot of houses more thermally efficient and safer for people,” she says. “It’s not expensive to seal gaps in roofs, doors, and windows. Also put in a reverse-cycle air conditioner and solar panels. Ideally, we would have this as a basic requirement. But there are no regulation guidelines for landlords in New South Wales at the moment, to do this for renters.”

Indeed, in other parts of the world, 3D-printed housing projects are already well underway. Earlier this year, a Dutch couple became Europe’s first residents of a 3D-printed home that took merely two days to build: “If you look at what time we actually needed to print this house it was only 120 hours,” says Bas Huysmans, Chief Executive at construction firm Saint-Gobain Weber Benelux. “The big benefit is that the printer does not need to eat, does not need to sleep, it doesn’t need to rest. So if we would start tomorrow, we can print the next house five days from now,” he adds. 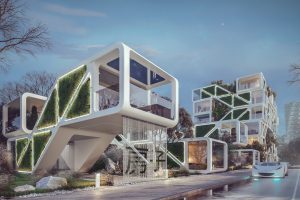 While the machine speeds up the construction process, it also reduces environmental damage by producing little-to-no waste. It only prints exactly what’s needed: “There will be a crisis in the future where we run out of materials,” Hank warns. “Natural resources on earth are not unlimited. They’re finite. You can 3D print more sustainable with clay or cob by using locally-sourced materials, and not depending so much on concrete, or other materials that are traditionally used to build housing.”

Aside from speed, precision and waste-reduction, 3D-printing is also cost-effective for the construction industry: “The walls and foundation of a 3D-printed home can be ready in as little as two days, with only a three or four-person crew. These factors bring the production costs down to as little as $4,000 per unit,” says Jason Ballard, Chief Executive at ICON, a construction firm that uses 3D-printing technology.

Not only does this make housing more affordable for construction firms, home buyers and tenants alike, it may also be a global solution for housing shortages and homelessness. That’s precisely what Ballard aims to achieve. In 2019, ICON launched a 3D-printed housing project in the U.S. called Community First! Village. They built a series of homes for an escalating homeless population in Texas. The properties were reportedly 20-30 per cent cheaper to build than traditional constructions. “ICON at its heart is innovation for a better future,” says Ballard. “We need a radical rethinking in the way that we approach solving vexing issues in our society like homelessness.”

With climate change threating to heat up the globe by another 3°C, it’s now more important than ever to redesign our suburbs – and 3D-printed housing might be one way to secure a more sustainable future. Limiting construction waste, reducing transportation costs, and designing more energy-efficient homes could drastically reduce the carbon footprint associated with Australia’s building industry. However, with no regulatory frameworks established as of yet, 3D-printed housing remains in its experimental phase. Nevertheless, architect Hank Haeusler is confident that 3D printing is an attainable prospect in the future of Australia’s construction industry: “It’s the same thing with all new technologies – nobody really wants to be the first, but as soon as your neighbour starts having it, or you can see a few, that barrier breaks down, particularly if the cost aspect is appealing” (Engineers Australia).

As said by Doctor Kim Loo, “The world is transitioning. People need to understand that they won’t be left behind.” In order for communities like Western Sydney to undergo their necessary transformations, Kim believes in the power of better policies and clearer guidelines: “If you want changes in society, you need to make it easy. So if you want safer houses, you need to make it easy for landlords to know, how do I make my rental property more energy efficient? We need policies, and politicians at all levels, to communicate to the communities.” She goes on to say, “It is a human right to have a healthy house. We just need the imagination to transition our communities.”

Think: Digital Futures is made possible with the support of 2SER radio, the University of Technology Sydney, and is heard around Australia on the Community Radio Network.

Listen to the full interview here