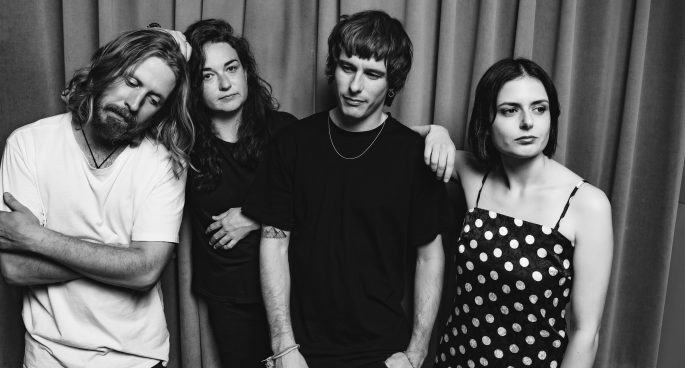 Since bursting onto the Australian shoegaze rock scene in 2011, Flyying Colours have released some beautifully considered guitar rock that transports the listener into a dream, sending you on a haphazard path through colour, light and delight. With perfectly textured & layered guitars, droning synths, harmonic vocals and explorative lyrics, the Melbourne quartet might be described as shoegaze, but they’ll often get you looking up and throwing your hands in the air.

Fantasy Country is their tricky second album and to say it’s a winner is an understatement. The eight tracks will take you to a fantastical plane, one where you won’t want to leave, but one that will always let you rewind it and experience it all again. Brodie J Brümmer joined Mick for a chat on The Tuckshop.