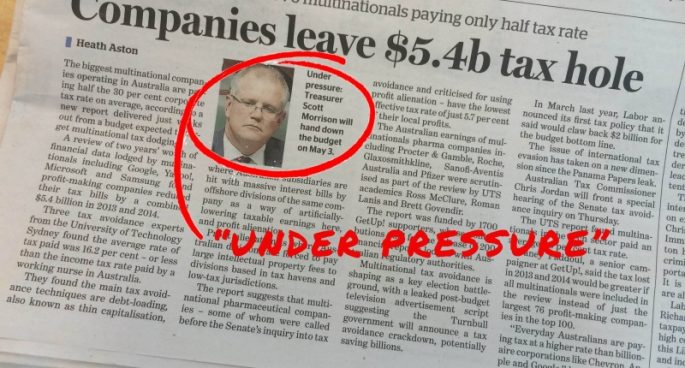 The release of the Panama Papers has rocked the world, exposing international tax avoidance on an unprecedented scale. The leak showed a trail of tax avoidance by big business and the wealthiest one per cent throughout the world. But the leak was just the beginning of a much bigger story about multinational corporations and the steps they take to minimise their tax. In fact, the Tax Justice Network estimates there is as much as $32 trillion dollars stashed in tax havens around the world. A new report from GetUp! says that 76 of Australia’s biggest companies pay half the corporate rate in taxes.

Image: ‘And we’re making headlines’ by Getup! on Facebook