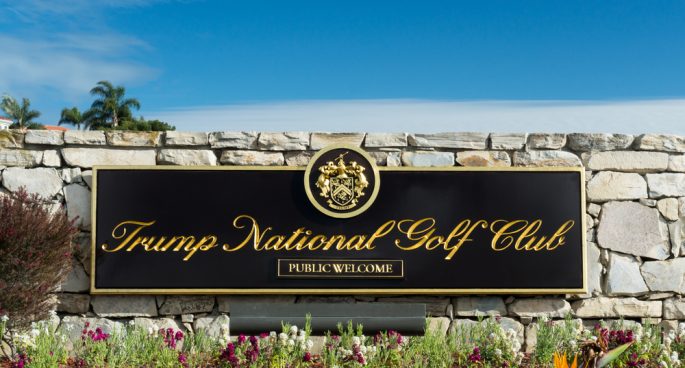 Back in May, we learnt that Donald Trump had already notched up 19 visits to golf courses in his first 12 weeks as President. We’ve checked back in with Trump’s golf tally and the numbers are even more head-scratching.

In 41 weeks in office, Trump has ventured onto the greens a total of 73 times. That’s one visit every 4.1 days, a frequency that would put most golfing retirees to shame. These visits have cost the American taxpayer and eye-watering $77 million dollars in travel and security costs, with large proportions of that cash flowing through Trump’s own golf clubs in Florida and New Jersey.

The data also shows that Trump plays golf most regularly with athletes, business executives, politicians and his wealthy friends, whilst also performing a bit of so-called #golfdiplomacy with world leaders like Shinzo Abe.

As President, Trump is golfing at three times the speed of his predecessor Obama when he was President. At the 41 week mark, Obama had golfed a comparatively modest 23 times. During the Obama era, Trump complained regularly on Twitter about Obama’s excessive golfing.