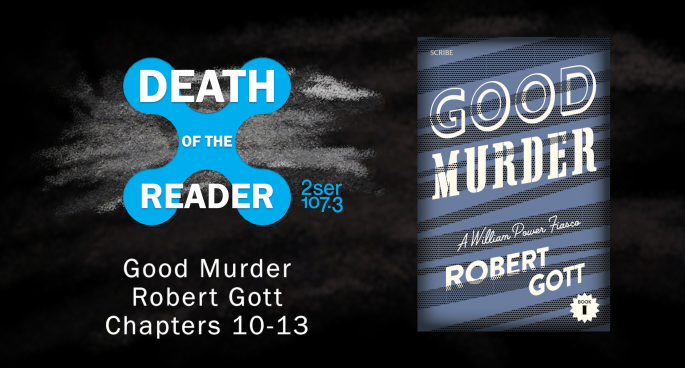 We discuss chapter 10-13 of Good Murder by Robert Gott. After a contentious two episodes, Robert Gott thoroughly redeems himself as the comedy finally lands for Flex. William Power finds the town falling apart around him, literally, and as he faces the storm, Will continues to bungle the investigation as he descends into madness. Turning the traditional mystery ending on its’ head, our criminal is brought to justice through the actions of our protagonist, but far from the way you’d normally expect. We’re also joined once again by Robert Gott himself, talking about the role of William Power as a protagonist, the absurdity of mystery, and the importance of distinguishing malice from foolishness.