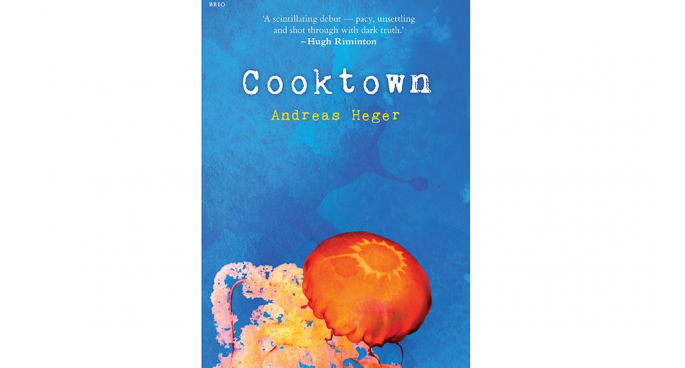 Today’s Great Conversation is with Andreas Heger. Andreas is the Director of Crime Policy at the NSW Department of Justice and his debut novel is Cooktown. Written while Andreas was on paternity leave, Cooktown delves into the experience of returned soldiers and the difficulty of returning to the world after experiencing trauma.

The novel begins with Daniel Grey arriving in Cooktown, North Queensland. It’s early 2011 and Dan is not long returned from Afghanistan, with a metal knee and a medical discharge. He’s sought out Antonio, his old Rugby coach and the relative solitude of the coastal town, looking for a place to overcome the trauma of his service.

At twenty-five Daniel feels adrift in a world that he used to be a part of. Now the city seems false; too many people concerned with banalities, moving far too fast yet seemingly going nowhere. Taking to fishing, Daniel ventures out on the reef where he can be alone with his memories. There he finds the space to unfold the details of his military service, the bonds of his friendship with Sean and the darkness in his past that continues to haunt him.

A History of Violence

Cooktown challenges the reader with the visceral reality of violence and trauma that wreaks havoc on all it touches. As Daniel lashes out at those around him the reader is invited to explore issues of blame and victimhood. Unflinching in its depictions, the narrative opens up for the reader a world where individual acts have reverberations far into the future.

Cooktown is out now from Brio