ABC Premieres ‘Here Out West’ and ‘8 Nights Out West’ 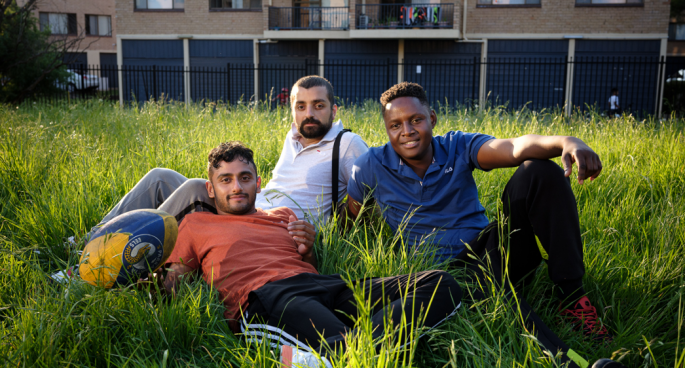 Arka Das, one of the writers and stars of Here Out West, speaks with Felix Shannon of Tuesday Drive about the film’s upcoming television premiere on Sunday, the 14th of August at 8:30pm on ABC TV and ABC iview.

Synopsis: ‘When a baby is kidnapped from a hospital by a desperate grandmother, her flight sets off a chain of events that bring together complete strangers over the course of one dramatic day’

Opening the Sydney Film Festival last year, the anthology feature Here Out West has been received positively by critics and audiences alike. Trailer

Featuring an exceptional ensemble cast and eight different stories – forming a ‘multi-cultural mosaic’ of the Western Sydney community – the film was helmed by five powerful female directors and eight talented emerging writers, each of whom approach their stories with their own creative statement to make.

In the lead up to the film’s release, ABC have also been screening a short form documentary series titled 8 Nights Out West. Hosted by Arka Das, the series is inspired by the eight distinct chapters and writers from Here Out West with each episode focusing on ‘a different culture and their culinary traditions.’

ABC Premieres ‘Here Out West’ and ‘8 Nights Out West’