The Tide Is High For Planetself Sideswerving the gags about chopped up bodies in iceboxes and the highest concentration of mullet-driven souped-up hotrods per square kilometre, just like Canberra, the joke about Adelaide usually goes something like this: What’s the best thing about Adelaide? The road out of there. In reality, anyone who’s lived there or visited in the last 20 years, including myself, will tell you it’s a hive of creativity. And if you’ve been to Womadelaide or the Fringe, lets just say it shits on Sydney and makes our locked-out harbour town look all the more pathetic in comparison. Further proof that good things come out of Adelaide can be heard in PLANETSELF, a duo made up of singer Charli Umami (aka Misumami) and prolific producer Jules Habib (aka Inkswel). After an earlier collaboration with Lance Ferguson (Bamboos) and a 7-inch collaboration with producer Atjazz, it’s now time for a long-player called High Tide. Conscious and slick, the LP’s machined soul and hip hop boasts a heap of guests, including Pugs Atomz, Yarah Bravo, N’fa Jones and Blurum13. It’s a musical statement that highlights these two life/music partners are not just in tune with the soul vibes of switched-on femocats like Georgia Anne Muldrow and Erykah Badu, but also the earth and environment around them.

“I think having our four-year old singing along to each song and now knowing all the lyrics off by heart is a beautiful thing for us,” says Jules Habib when asked for the most memorable moments during the recording of new album High Tide. Released on Germany’s forward-thinking Tokyo Dawn label, everything about Planetself is a family-affair.

“Now she has come to a few festival shows and sings along!” “[Charli and I have been] married for some time, with two beautiful kids. A huge part of our happiness comes from working on music together so that’s why Planetself exists: it’s our relationship and connection in musical form and reflects our union. Planetself is the first thing we have both done musically that is a true reflection of ourselves as people. In the past we have fit the boxes prescribed to us, but this is where both our hearts are at, so naturally this reflects our personal ethos and path.

We are both vegan also and previously owned a vegan cafe as well as bakery. That is another passion of ours but we decided to prioritise what’s important and that’s family and music for now. We work on stuff together all the time but are also both actively working on our own creative outputs. I feel this keeps us in balance to work positively together.”

PP: Talking of balance, making music can be a very consuming passion, do you have a tip for staying balanced, remaining grounded and not letting musical ambition become too consuming?

JH: I have fallen victim to this recently and I think music really burnt me out. I think this is easy if you aren’t feeling 100 percent true with your output. My heads not really in club environments at the moment so I find it hard to keep that club buzz going, I think being truly happy with the energy from something motivates me better than anything.. and Planetself is that energy at the moment. I guess my advice is: only do what you enjoy.

PP: You’ve been incredibly productive, especially as Inkswel. How do you find time, or do you just not sleep much?

JH: I’ve been pretty slack lately and need to start working on some new material, but that being said we have loads of Planetself music dropping so I guess that’s where I’m at creatively at the moment. Expect a few singles, EPs and a full length all in the coming months as well as lots of live shows and a film clip.

PP: Speaking of shows, how easy/difficult is it to perform these tracks live – and how will you do it given the number of international guests on the album? Any Sydney dates on the horizon?

JH: We have adapted the shows to a local vibe, with some great local MCs filling the gaps like Social Change, N’fa, Mr Monk and Til The Break… We also debuted a live band version of the group at a recent music festival in Adelaide called Field Good which was DOPE. We are so keen on Sydney, please any promoters hit us up as we would love to bring the live hip hop soul vibes out there! Our next shows are Dub In The Park Festival November 17 and then our Brisbane launch with DJ Katch Dec 1.

PP: One of the LP’s guest MCs, Blurum13 is a bit of a fave of mine. How did his contribution come about?

JH: I released an EP with him a year or so ago on German based label BeatGeeks. I met him years ago when he was touring with Oneself and we have stayed in contact since, similar to our connection with Yarah Bravo who also appears on the record.

PP: What’s the writing process like between you and Charli?

JH: It changes constantly. Sometimes we make things from scratch together and other times it’s a beat and then writing sorta thing back and forth. We just let the form come naturally at the time, all songs have different requirements to let them grow. The album came together in about four weeks due to deadlines, so it was a juggle of Charli writing and recording whilst I was with the kids, and visa versa, and then a lot of late nights mixing down whilst the babies sleep.

PP: As soon as the album kicks in with the title track I was reminded of the wonderful Digable Planets. I can hear an affinity with their music, are you fans?

JH: We love Digable Planets and Charli is a huge fan of Ladybug Mecca for inspiration. We are conscious people so our music naturally follows suit. We both come from hip hop so we put it in the box of hip hop soul music, although we dabble in all things soulful of course.

PP: Tokyo Dawn is a label we don’t hear that much from in Australia, but they’ve had some top releases over the years. Daz-I-Kue a personal fave, but I also loved Robert Strauss‘s Personal Life project and their slick single Give Into The Night, which is so George Bensonesque. What’s the connection with Tokyo Dawn, how did it come about and does it open up doors for Europe?

JH: I’ve always loved what Tokyo Dawn have put out and they are true pioneers in digital music. They first did digital releases as far back as 1997 via IRC platforms. They have impeccable taste and are great people, so it’s an honour to work with them. I simply just sent them the ideas and we made it happen. [We are] now actively working on a few more things with them and we just released another Planetself track with them featuring SoulParlor on their The Move series. I love that Personal Life project! So dope! Robert is amazing. Yeah, we actively wanted to release in Europe and Australia and we did a European tour a few months ago promoting this record, doing live shows in London, Paris, Wicked Jazz Sounds Amsterdam and playing hip hop Kemp Festival in Czech Republic!

PP: Lastly, your debut single, the 7” Following The Sun was released independently. We often hear that vinyl sales are booming, so how was that experience for you, releasing vinyl in Australia?

JH: It was mastered by Atjazz – who also collabs on the B-side with us – and it was pressed in Germany at Rand Music, then we shipped half the copies back here and self distributed them and sold to shops etc.  The other copies where distributed in Europe by our fiends at Oye Records Berlin. Locally we just hit up stores direct and sold via our Bandcamp and hand to hand. I think vinyl culture is healthy here, but not booming as you say.

HIGH TIDE by PLANETSELF is out now via Tokyo Dawn and available from the label here or on Bandcamp. 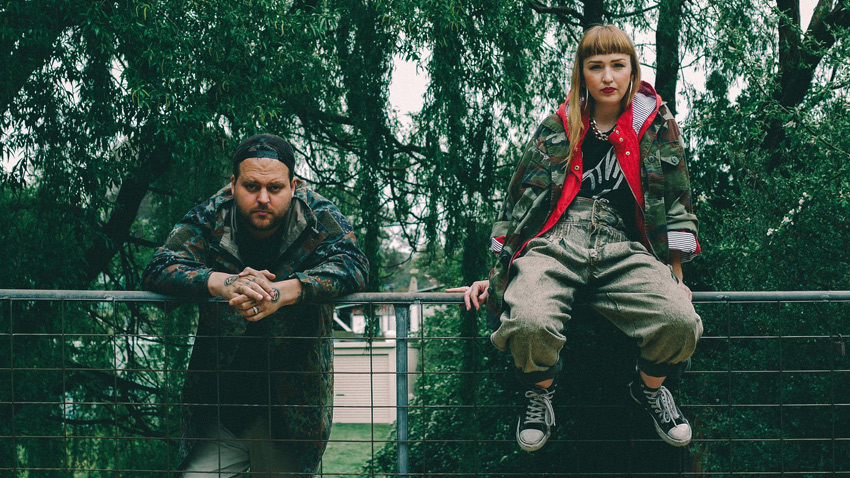 Image by: Lazy Bones Welcome to the new music…