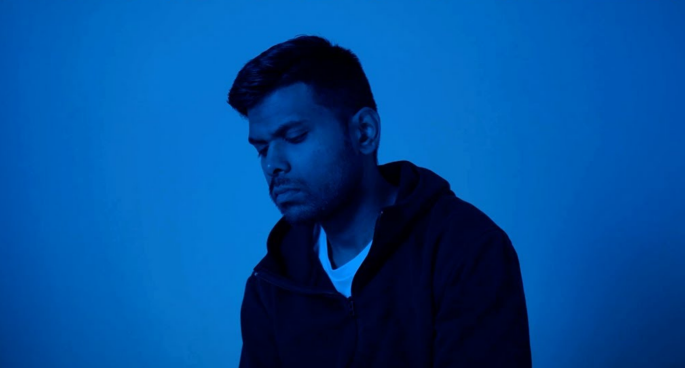 Hip-hop is an eminent genre in the Australian music scene, boasting a talented crop of artists who have more than just music to impart – they have a message. For songwriters like Rotaris, tackling real issues with passion and authenticity is a fundamental goal in the music production process.

Rotaris is an Indian-Australian hip-hop artist based in Sydney. Declaring his own work as “music for smart folks,” his lyrics aim to shed light on important topics that are prevalent in modern society. But what does “music for smart folks” mean? And how do you hold yourself accountable as a self-driven artist?

The answers to these questions, and more, are revealed in an episode of Get Gig Ready, where 2SER host Felix Shannon sits down with Rotaris to discuss his journey into becoming a hip-hop producer, and why his ‘smart’ is never a dry listen.

“I ended up with the tagline ‘hip-hop for smart folks’ because I want my music to be layered, nuanced, and picked apart by people who have time to pick it apart,” he explains. “So I guess I’m just targeting those people.” 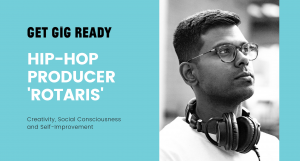 When revealing the main influence behind his approach, he credits the work of Grammy Award-winning hip-hop artist, Lupe Fiasco: “It’s just so layered and cerebral. You listen to it once, you think you kind of get the idea. Then you just re-listen, and re-listen, and you pick up on little things you didn’t pick up before. I like that layering aspect, and the replayability of it. That’s what drove me into this direction.”

Indeed, Fiasco is well-recognised for his “deft, witty lyricism and socially conscious themes.” When describing his own songwriting process, Fiasco highlights the power of lyrical ambiguity: “It opens you up to a lot of different things when you can talk about everybody’s story, and make it relate,” he says. “You can tell the same story and everybody from every part of the world, every part of society, can relate one way or another, just [by] talking about the basic principles, the basic rigmarole that everybody goes through on a daily basis. That’s what I try and do.”

Much like Fiasco, writing lyrics that can be interpreted by people on all sides is precisely what Rotaris strives to do. Referring to his song, I’m Right (Both Sides), he explains: “I wanted it to be able to be interpreted from any side, whether you’re a scientist or a flat earther. If you look at the lyrics, it’s intentionally ambiguous. It’s intentionally layered. It can be interpreted as, ‘I’m correct, because I’m just correct,’ or ‘It’s my corner of the world, where I can write whatever I want,’ or it’s inciting a fight, like, ‘I’m right here, c’mon, let’s go,’…It’s intentionally trying to vent my frustration, and the frustrations of all people. So I think it was united in the frustration. That’s basically what the track was trying to convey.”

When it comes to thematic choices, Rotaris creates lyrics by fusing together his emotional reactions to things he’s passionate about, and his clinical observations of social matters: “It does stem from an emotion of some sort. Whether it be vegetarianism, fake news, or what have you. It comes from a reaction I have personally,” he says. “So I pick a topic, and I am clinical in a sense, because I write down things I want to mention, and I write somewhat non-linearly. I might write a couple of lines and stash that particular observation away. And then I sort of thread things together and it colligates in some way.”

To strike the right balance between fact and feeling, Rotaris ensures that he does his research: 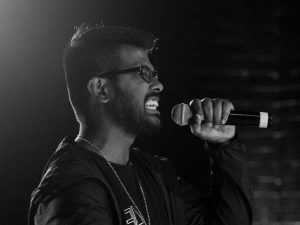 “For most songs I write, I try to verify things. If I’m wanting to convey a fact, I do look that up. Other things are based on personal experiences. Like my upbringing as an Indian person in Australia. Those things are based on observation rather than scientific fact. It’s a balancing act, I suppose.”

After witnessing the societal conflicts instigated by COVID-19, he wrote the song, I’m Right (Both Sides), which brings the issue of misleading information to the fore: “It was very much a product of the pandemic,” he explains. “It was based on observations about conveying your ideas in a way that became antagonistic. Where you might think you’re right, but you’re not.” He goes on to say, “I was personally angry, and I definitely have a stance towards that matter of fake news and misinformation, but I wanted to humanise it because I love people on both sides. There’s no doubt about it. So I just wanted to have a poignant conversation about the topic and reflect.”

Like many other musicians, Rotaris enjoys engaging with other artists when creating music: “It’s just fun. The communal aspect. There’s a lot of exchange of ideas. Whether it just be purely on musicality, lyricism, or how to construct things,” he says. “It’s challenging, as in, new ideas are presented. It’s like, ok, I didn’t think about it like that, but I can see where you’re coming from. It is confronting at times, but it’s also progressive.”

However, with the current lockdown restrictions in Sydney making it difficult to collaborate, Rotaris shares his tips on how to remain driven and continue producing work during such isolating times:

“Accountability is a huge factor. I’ve made a whole bunch of stuff and I never release it. I think this is a common thread that a lot of other creatives face. So, in the last few years, I’ve had a number of strategies,” he explains. “One is to shoot, then aim. Which is like, ‘ok, I’m putting out a project. It’s due out in six months’…I’ve delivered that message out into the world. Once you announce it to someone, you can’t let them down. There’s a huge incentive to follow through.”

He goes on to say, “And lastly, a couple of my music friends have been catching up every week over Zoom. We track each other’s challenges. There’s a consequence if you’ve set a challenge for yourself and you don’t follow through. The consequence could be something like ‘shave off your eyebrows’…I think fear works very well.”

As a self-driven artist, one of Rotaris’ favourite aspects of independent music production is creative freedom and self-reliance: “I think there’s a lot of satisfaction to be gained from knowing that you made the creative decisions, and you had the control to make those creative decisions,” he explains. “It is a challenge at the same time, because everything’s on your shoulders. But it’s also freeing, because you’re not reliant on anyone else to shape what you want to make. The contentment of knowing I made most of the sounds, and picked most of the sounds. It’s not necessarily perfect, but it’s what I ended up creating on that day, and I’m happy about that.”

For Rotaris, treating each track as an opportunity to grow his skills is also an important part of the creative process: “A lot of my music is driven by me just trying to learn,” he says. “Whether it be learning how to produce a song myself, how to structure a song, the craft of songwriting itself, mixing a certain way…there’s something that I’m trying to learn or achieve with every song, whether it’s on a granular basis of a song itself, or a longer-term goal of improvement.”

Moving forward, Rotaris’ mission is to continue creating socially-conscious music that’s also exciting to listen to. In order to do that, he acknowledges the importance of overcoming distractions that may arise from feeling misunderstood: “I want to clarify that not all my music is just dry, boring facts,” he states. “I don’t think most listeners that listen to me know everything about me and my background.” He goes on to describe former experiences of being stereotyped: “You look like someone who fits this mould…without having listened to what I’ve actually got to say,” he explains. “It has impacted me, but I try not to let that distract me, and I work towards what I want to make.”

Are you a local musician or creative in the Ryde or Lane Cove areas? Sign up to your local Council’s Artist Register so we can find out more about you and your work!

Listen to the interview with Rotaris here 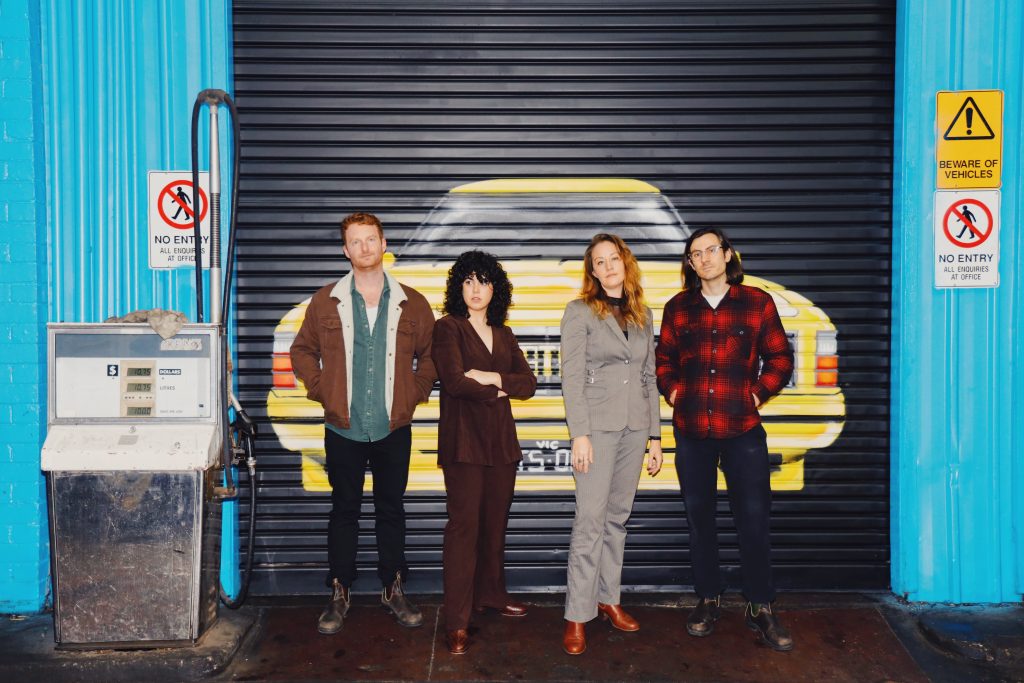 Despite numerous lockdowns throughout the greater Melbourne area over…