The History Of The Rainbow Flag 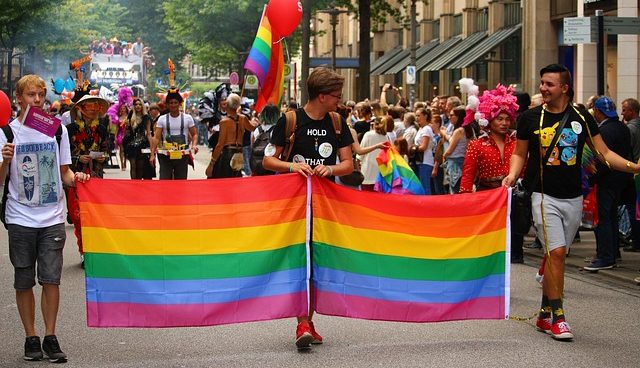 The rainbow flag has long been a symbol associated with the LGBTQIA+ community. A fact which is not lost on us here in Sydney after the historic 40th anniversary of the Sydney Mardi Gras last saturday. But if you saw the 78’ers marching in the parade behind the Pink Triangle, you would know that the Rainbow Flag has not always been the centrepiece symbol of the community. So when did the Rainbow Flag become the major symbol of the LGBTQIA+ community?

To find out, Daily Producer Victor Petrovic spoke to Nick Henderson who is the curator of the Australian Lesbian & Gay Archives.

The History Of The Rainbow Flag