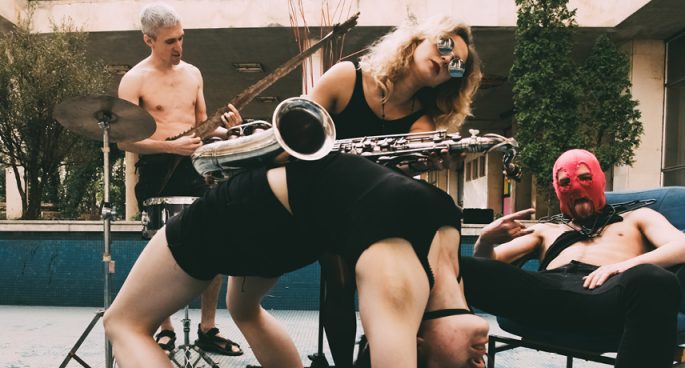 The FREEDOM festivals  are returning as of tonight!Give a big kick to your long weekend at the Oxford Art Factory. As a venue that continually promotes the up and coming and diversity in genres we have a huge mix-up bill for you for January 27th featuring Good Boy, Ara Koufax, Retiree, Rainbow Chan, Imbi The Girl & more DJ’s! Oxford Art Factory, Darlinghurst, 7pm, free

The Bearded Tit will be hosting a ‘BLACK DIVAZ’ Queerbourhood Special on Wednesday 28 February, stewarded by the ever-amazing stereogamous and featuring live performances by Miss First Nations contestants, to coincide with The Tit’s exhibition BLACK DIVAS and the world premiere of the documentary at Queerscreen as part of Mardi Gras 2018. The Bearded Tit, Redfern, 8-11:30pm, free

Aussie Director Liz Arday catalogues an odyssey of pain, blood, love & loss. An unreal journey through two disturbed minds & the unfolding events leading up to the self crucifixion of their father in the front room. Enter the insane world of siblings Michael & Michelle. Debris is a depraved vision of the world seen through their eyes. This production contains adult themes, strong language & references to suicide. Blood Moon Theatre, Potts Point, 7pm, $15

Lost New York includes some of the most daring and talented directors working at the time, including Martin Scorsese, Shirley Clarke and Sidney Lumet. From classics such as Taxi Driver to Gloria, from The Blank Generation to Saturday Night Fever, each film explores the city through a brutally honest lens, encapsulating the heat, dirt and crime of this troubled chapter in New York’s history. Art Gallery of NSW, 2pm, free

The Experiment is the ultimate Avante Garde variety show harking back tot the era of Vaudeville. Each night will encapsulate a diverse cross section of fringe dwelling Artists across the three mediums of music, film and performance to deliver a night of totally unpredictable and unique entertainment. East Sydney Community and Arts Centre, Darlinghurst,8-10pm, $20