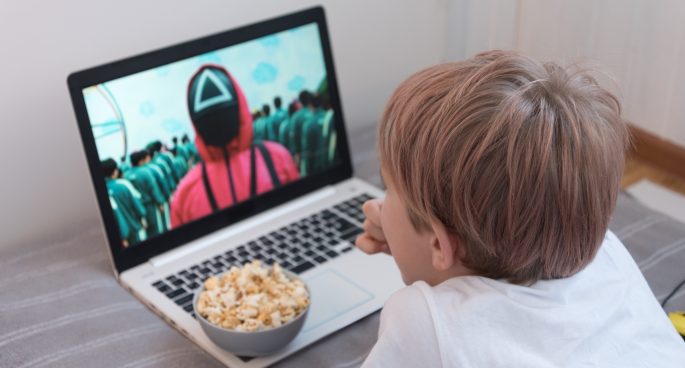 The most popular show in the world right now is Squid Game, a South Korean series that showcases the violent, desperate lengths people will go to as a result of debt and income inequality.
So why is it generating so much buzz amongst kids? Whether it be through TikTok challenges or online games, children as young as 6 have been lured in by the virality of Squid Game. They are seeing it on social media, hearing about it from family members or in the playground, or playing a game that mimics the challenges depicted in the show. Due to this, there’s growing concerns surrounding the ways in which the show’s violent themes have seeped into children’s digital content. Jessica Balanzategui, Senior Lecturer in Cinema and Screen Studies at Swinburne University of Technology, joined The Thursday Daily to discuss the matter.