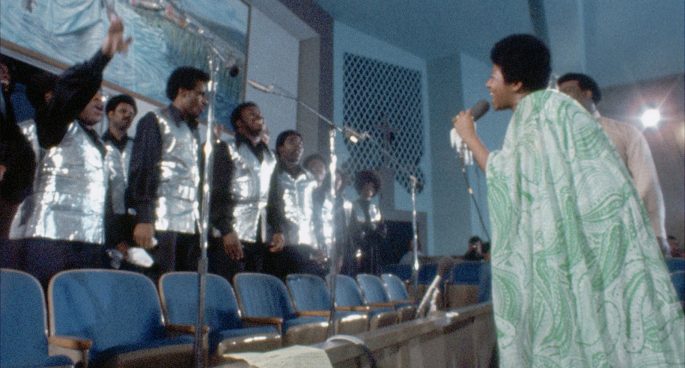 In January 1972 the queen of soul Aretha Franklin returned to her roots to record a gospel album at the New Temple Missionary Baptist Church in Los Angeles.

The album became a massive hit for Atlantic Records.

Warner Brothers – who owned Atlantic Records – sent along acclaimed director Sydney Pollack and a film crew to the church to make Amazing Grace the film, to accompany the album’s release.

The film was never completed.

Producer and director Alan Elliot is the man who finally did manage to complete the film of Amazing Grace, which releases in Sydney on Thursday August 29.