Is Polio Making A Return To PNG? 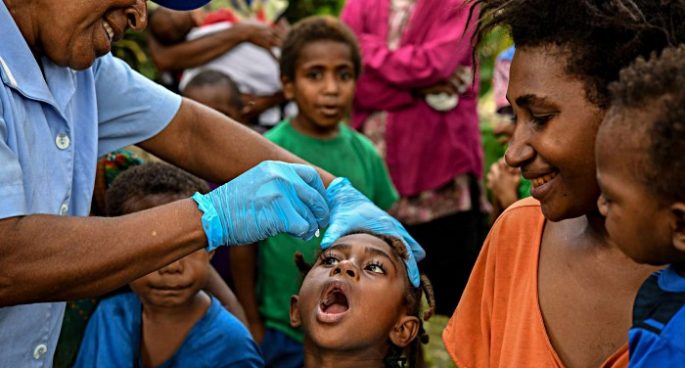 Papua New Guinea was declared Polio free in the year 2000, after its last known case occurred in 1996. However, June of this year has seen a new outbreak of the disease begin to spread throughout the country, with lack of immunisation and close living quarters are being blamed for the spread. This week saw the first death from the disease in more than two decades, and concerns are mounting for 140 children who have been identified with acute flaccid paralysis, a key symptom of Polio.

Dr Robert Hall, an academic at the Monash University and former chair of the Technical Advisory Group on Immunization for the Western Pacific Region of the World Health Organization, joined us to discuss more.

Is Polio Making A Return To PNG?