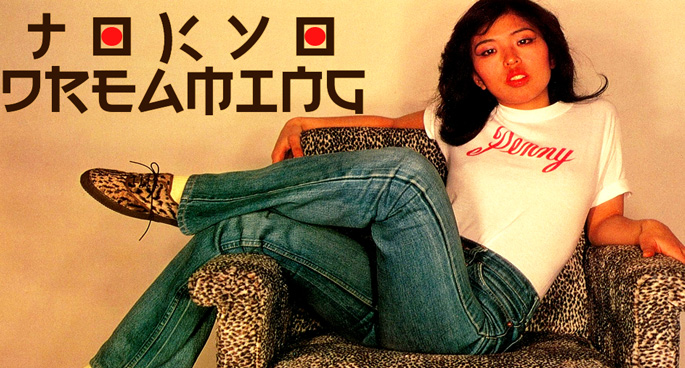 With the release of his new anthology LP for the WeWantSounds label called TOKYO DREAMING, collector, selector, broadcaster and global wanderer NICK LUSCOMBE was happy to answer some questions about his love for the highly sought after, glistening Japanese music of the late ’70s and ’80s. “It feels strange to say, but part of [my love for it, is] that I almost feel a sense of nostalgia for Japanese 80s music,” Luscombe tells 2SER’s PARIS POMPOR. Strange indeed, given the Englishman was coming of age halfway around the world when most of this music was being recorded in Tokyo’s high-tech, padded studios.

“[It’s] almost as if I was somehow receiving radio transmissions from Tokyo at the time,” muses Luscombe.

At said time, the now 54 year-old BBC broadcaster and founder of Bambola Recordings, was growing up in the south-west of England, in the Bristol-bordering county of Devon. It’s here Luscombe laid hands on his first slice of Japanese vinyl: a pop crooning 45 date-stamped 1961.

“I was a small kid playing a box of 7 inch singles on a Dansette player that my mum and dad used to play when they were in their teens,” recalls Luscombe. “Among records by Elvis, Cliff Richard and The Shadows, I discovered Kyu Sakamoto‘s Sukiyaki. Fast forward to the mid 1990s and I remember hearing a lot of Japanese music on various chill-out/downtempo radio shows – particularly via Patrick Forge on Kiss FM in London. I was later asked to put together a compilation of Japanese electronic music for the airline Swissair, called Destination Tokyo, and journeyed to the country to meet artists and labels. This was the real beginning of my digging for Japanese music, leading me to start a label for Japanese music (Bambola Recordings) and playing it on my radio shows for XFM, BBC 6 Music, and later BBC Radio 3.” 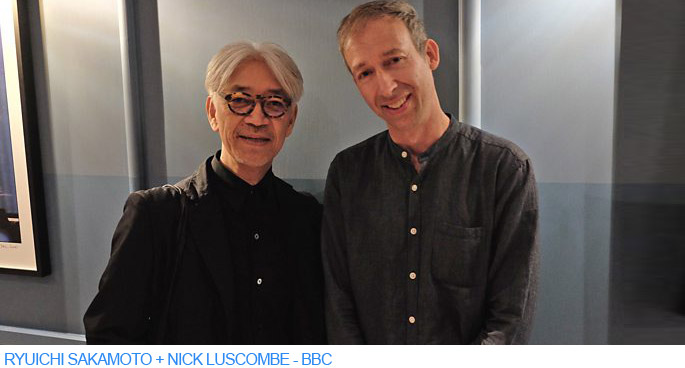 Fast forward even further – to the year 2020 – and Luscombe’s Tokyo Dreaming compilation is finally here. Released on November 27th worldwide, the curated journey (across double LP or CD) celebrates not only the “city-pop” and boogie sounds so in favour with rare-groove DJs around the world currently, but also some more experimental electronic, jazz and ambient fusing tracks of the era. It opens with a busily futuristic 1978 LP cut from Ryuichi Sakamoto called The End of Asia and touches down with the soft-landing noodling of Electone player Shigeo Sekito. In between are reflective, bass-popping, late-night, slow-burner pop gems like Rainy Driver by the much-loved singer Hitomi ‘Penny’ Tohyama. 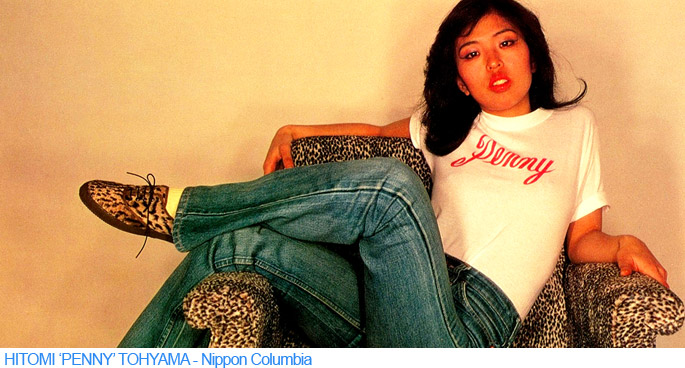 “The thing that I love about the music is the care put into every track…” says Luscombe. “There’s also the sense of optimism and excitement for the new dynamism taking place in Tokyo during the bubble era of the ’80s,  coupled with new and affordable technology that musicians in Japan had access to at that time.”

Luscombe’s selections highlight many artists who recorded at the Nippon Columbia Studio in Tokyo, while all the tracks themselves come from the vaults of the Nippon Columbia label and its collectible sub-label, Better Days. From the late ’70s, it was here that many musicians armed with newly found synthesizers (often made in Japan) and drum machines, gathered and looked to the future. It gave their jazz-funk leanings a new electronic and space-age sheen. 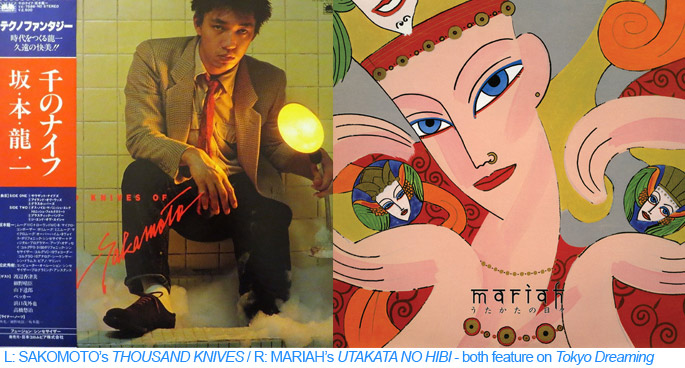 “I wanted the album to be a little snapshot of the music from Japan during the late 70s and 80s,” Luscombe explains, “almost [like] a soundtrack to a dream – hence the Tokyo Dreaming title. Of course, this is just a tiny selection of what was released back then, but I tried to convey something of the sense of playfulness, experimentation, artful arrangements and uniqueness of the music of that time.”

While pop music is often derided as disposable, in Japan, genuine musical chops, thoughtful arrangements/instrumentation and a unique production aesthetic, gave this music a more sophisticated quality than much of that made by the artists’ western contemporaries. Many of the albums and singles were also largely unheard or distributed outside of Japan at the time.

“The musicianship and imagination of Japanese artists was critical to the quality of the recordings of course,” agrees Luscombe. “Also, at the time, there was a lot of money around in Tokyo and that allowed labels and artists to not only have access to the best studios, but also the best musicians from around the world to play on many of the records at the time. Japanese studios perfected the production of various sounds of the time in genres like city pop for example, and also in electro-pop and more underground genres. So much of this music is only now being fully appreciated globally as it reaches wider listening outside Japan.”

The rise of interest from both collectors and newer generations of fans in this music, is couple with a fresh crop of bands and producers all over the globe, emulating classic synth-boogie sounds and the aesthetics of ‘80s Japan. Luscombe is in a fair position to comment on what the original artists think of their growing reputation internationally, some four decades after their records were released.

“A year ago there was an expansive exhibition featuring the career of Haruomi Hosono at the Mori Gallery. I went three times in total and was struck by the numbers of younger people each time who wouldn’t have been around back in the early ’80s. I spoke to Yasuaki Shimizu recently and he is very happy that the music he created 40 years ago is still being enjoyed, and also [by] a new generation from around the world. Hideki Masuake from the early YMO records is also happy to have his earlier work re-issued and available globally.” 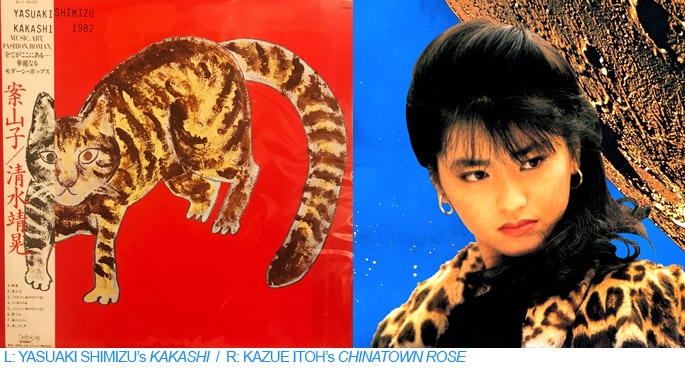 “I am sure that the worldwide appreciation that has come later for many of these artists must make for a really satisfying sense of achievement. Japan is still a huge music market, second only to the US, and I guess back in the ’80s there was enough demand within the country for labels and artists to not have to worry about overseas markets. But now the world is much more connected and the internet has given many more people greater access to music from everywhere, the demand for Japanese music from this era is naturally finding its way into people’s homes – with very little, if any form of marketing.” 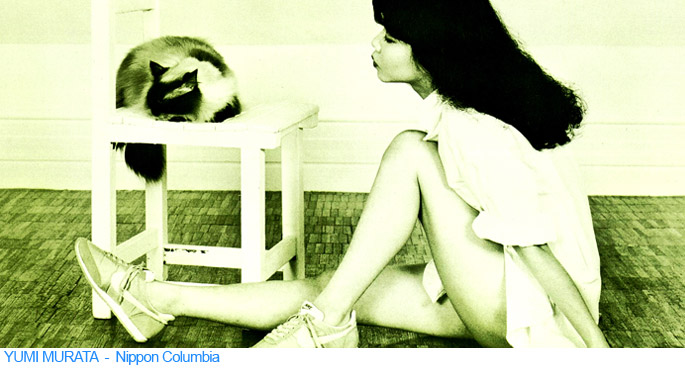 “There is also a younger Japanese audience for home grown ’80s synth music and that’s evident in the sound of some of the productions you’ll hear from Japan today.”

What current Japanese artist is Luscombe really excited about?

“I’m a big fan of Meitei who has just released his new Kofuh album. I find his music is totally unique, as he conjures up  sounds and stories from Japan’s past and re-contextualises them for today.”

Anyone who loves music and has been to Japan, has tales of the weird and wonderful stores where eccentric owners might only stock one artist, but every conceivable issue of their entire catalogue. Or bars where the patrons must remain silent while the licensee plays their favourite LPs and has no qualms about kicking out customers who dare speak while the needle is still in contact with the vinyl. Just back from a trip to Japan, 2SER asked Luscombe for a hot tip on the much-talked-about record-buying mecca that is Tokyo.

“One place I discovered a couple of years ago is actually not in Tokyo, but in Akita. It’s a beautiful old coffee shop that is also a record shop, called Nora Coffee. The owner also runs a cassette label and the place is a wonderful meeting place for like minded music fans.”

Tokyo Dreaming is released on November 27, 2020 by WeWantSounds on double LP or CD. 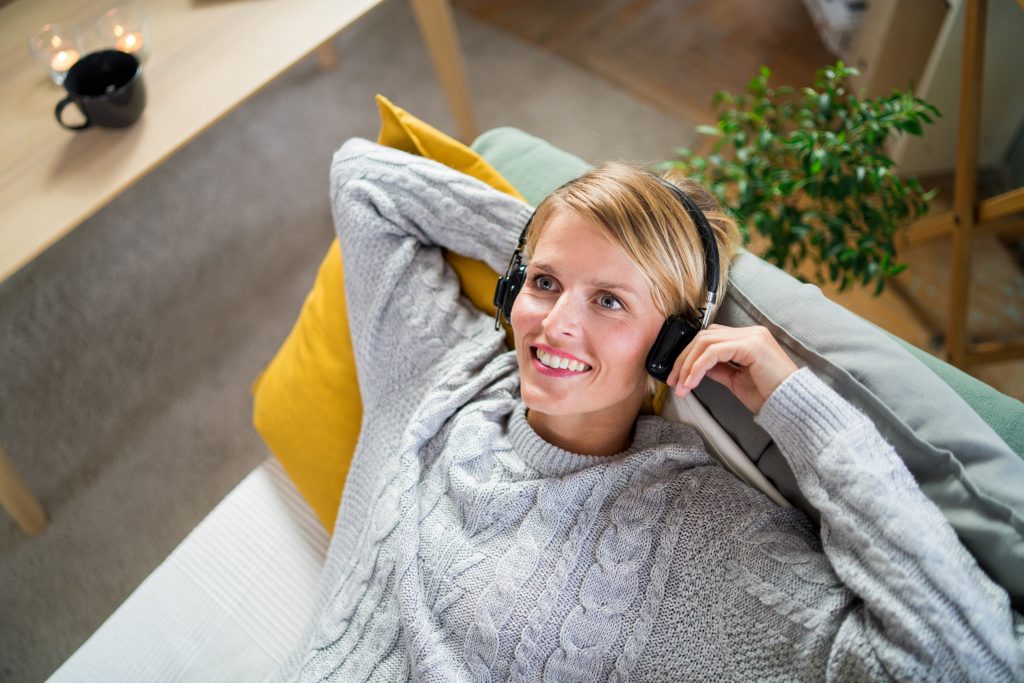 Boredom is a regular feeling we have all experienced…