Kamasi and His Technicolour Dream Quote/s Cosmic jazz cat KAMASI WASHINGTON returns to Australia this month. Going by his last mind (and sax) blowing tour here two years back, it’s bound to be epic. PARIS POMPOR gets inside his head.

“I do have pretty way-out dreams,” Kamasi Washington admits.

First up, was the “recurring dream about a guy standing on a mountaintop guarding a cave.” In the dream, warriors from a village at the mountain’s base would ascend to battle the guard and assume the role. It was an analogy for jazz, with the gatekeeper being responsible for assuring the genre’s forward-moving evolution. Only a worthy new vanguard could successfully seize control.

The nightly vision came to him after days spent writing choir parts for the tune Changing of the Guard, just one of the gripping tunes found on Washington’s break-through album The Epic.

Epic in name and in nature, the album certainly lives up to its title: 174 minutes of visionary jazz spread over three CD discs, or six sides of vinyl. It owes as much to bebop as it does to spiritual jazz and funk-driven soul-jazz soundtracks, with whirlpools of freewheeling saxophone, pummelling rhythms and vault-lifting choral arrangements arriving in undulating, thrilling waves.

Released on Flying Lotus’ Brainfeeder label, as 2015 drew to a close it put Kamasi Washington on the map big time.

Not that world domination or even being a musician was always his dream.

“I started playing music when I was really young – three years old – probably even younger… [but] I didn’t always think I was going to be a musician. I got way into physics and chemistry when I was in high school.   The first college that I applied to was USC (University of Southern California) and they denied me [entry] as a music major and accepted me as a physics major,” laughs Washington.

Apparently the university made some kind of administration error, “but I was close to going in that [science] direction,” says Washington.

If he’d approached science, like he does music, we’d probably now be talking to someone famous for spouting hypotheses that make string theory seem pedestrian. Back to that earlier warrior dream though.

“That dream I had more than once,” he says. “Then I started expanding on it. All 17 songs [on The Epic] form a part of [the vision] so it couldn’t be reduced. It turned into this long story that I’m actually working on as a graphic novel.”

When asked if he can recall another recent dream, Washington offers the following: “There was a space program, kinda like Starstruck and they were asking people if they wanted to go on a journey. But if you went on it you wouldn’t come back for 20 years. So of course I went!

“We went to this planet. There was no sign of life. I found this amulet and I pocketed it because I wanted to keep it. When I got it off the planet it started making this really amazing melody and I started to realise that it was singing out because it wanted to go back to its planet. It was speaking to me.

“So the rest of the dream,” Washington continues, “was me trying to convince the captain of the ship to go back to the planet. The melody was really cool.”

Did Washington quickly notate the amulet’s song upon waking up?

“I tried to. It was hard to remember. I got something, I’m not sure if it’s exact. I’ve got to have it again: force myself to dream that same dream.”

When it comes to working that melody, or any other musical idea that occurs to him, into a full blown composition, Washington is more likely to be sitting at a piano than blowing his sax.

“The writing process is a little more solitary,” compared to the recording process says Washington.

While recording, he is surrounded by musician friends he has known since childhood, all of them collaborating to expand on the saxophonist’s arrangements.

“I have a studio in my house and I end up at the piano alone. But when I write I always leave room and space for musicians to freely interpret what I write. My writing isn’t very strict, even though it’s very detailed…”

So as he’s sketching out a tune on the piano, is he already imagining the gloriously snaking, sometimes shrieking, saxophone outbursts his recordings and live shows are filled with?

“Sometimes I’m thinking of the instrumentation. [But] usually the song starts out as skeleton that could be any instrument. I’m just trying to capture the… vibe of the music. That comes first for me. I work around the music more so than writing the music around the instrumentation. I don’t write particularly for the saxophone. The saxophone is a pretty agile instrument. There’s not a whole lot of concessions you need to make for a saxophone. It’s not like a trombone or a bassoon. We can play a lot of stuff.”

And Washington certainly does. 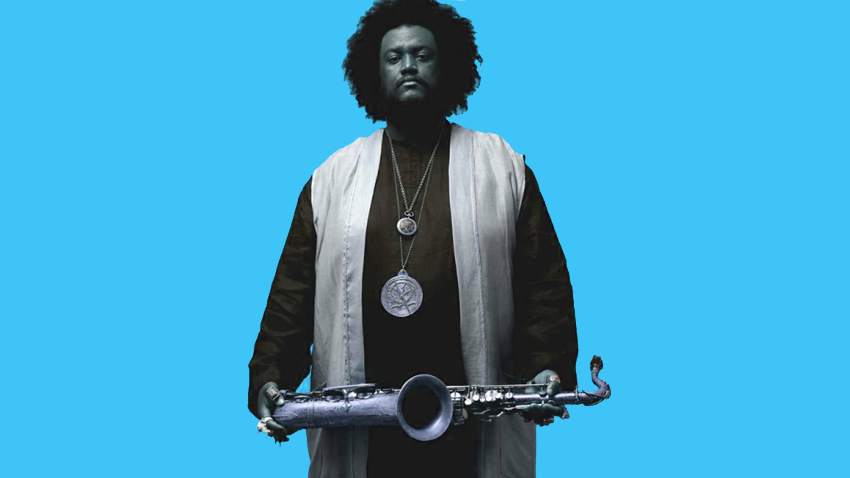