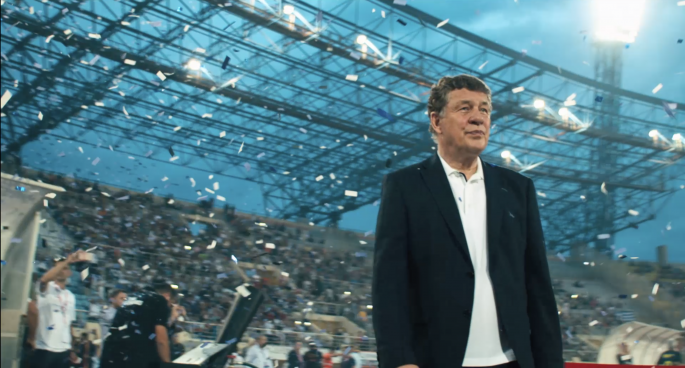 The film chronicles the 2004 European Cup when German coach Otto Rehhagel helped the Greek team defy the seemingly insurmountable odds of 300:1 to earn their place as champions of the European Cup.

The film is the first feature from Greek-American director Christopher Andre Marks, whose previous work includes directing the SXSW documentary, TIGER HOOD, for ESPN Films’ Emmy Award winning ’30 for 30′ doc series and working with HBO Documentaries and HBO Sports on their Emmy-Award winning “24/7 Road to the NHL Winter Classic” docu-series.

You can watch the trailer here.

Catch King Otto at Palace and Hoyts Cinemas in June of 2021.