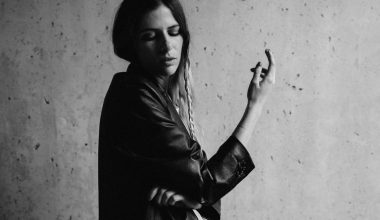 While Wilco extend on their late-period Beatles jag with more whimsical and loose works delivered with a cool frequency, bandleader Jeff Tweedy has taken to the acoustic guitar in Tweedy, the band he formed with drummer son Spencer. Tweedy’s debut Sukierae was no less than a double set of new songs and for his first official solo release, Together At Last, he recasts a selection of his back catalogue. Featuring songs from his side projects Loose Fur and Golden Smog along with those from the vast collection of Wilco tunes, the one man and a guitar approach captures Tweedy’s dark soul with the humorous nuance sometimes missed in Wilco’s rock blast, as well as amplifying his detailed, introspective voice. Tweedy’s writing too finely wrought for this to be a mere sweet and warm retelling, instead, these versions offer another side to the clues and conjecture often underpinning his work.

Listening to the new album Dust by Berlin-based Laurel Halo, you can only guess she quickly got very bored with the synth-pop of her earlier forays and has since put rhythm first in pursuit of a sound that upends the pulse of techno into thrillingly discombobulated feels that weirdly feel oh-so right. In recent times Laurel Halo has moved into a kind of deconstructed dance-pop in tow to abstract rhythms that play more to head nodding than lower body movement. With Dust’s classical music style streak of strings throughout and giddy sense of pop melody, Halo has enlisted some great allies in Julia Holter and Lafawndah to sing, centering everything in play, even if Halo can’t resist jamming their signal as well.

Watch the video for Melbourne band Terry’s tune Take Me To The City and you can map the coordinates of their new album Remember Terry fairly easily, donning both cowboy hats and mirror balls as well as offering up a little mock bootscooting. This wry and sly quartet’s second album does indeed have more than just a little wiggle in its way, crossing country with garage-pop and some boogie-shuffle with the kind of deadpan approach that may have once even raised an eyebrow of the one, the only, Lou Reed. If you don’t know Terry already, you may well know some of the other bands its members also do time with – Dick Diver, Total Control, UV Race and School of Radiant Living to name but a few – and the only thing sad about this super-fun disco hoedown throwdown is that it may well be side project. We want Terry to work full-time.