It’s your ABC (for the right price maybe?) 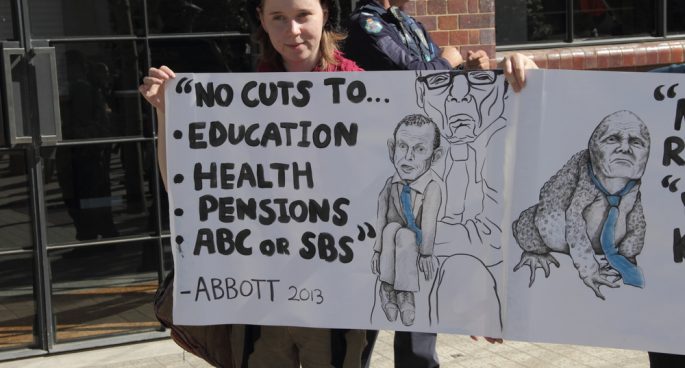 On the cusp of the 2013 election, Prime Ministerial hopeful Tony Abbott declared there would be, “No cuts to education, no cuts to health, no change to pensions, no change to the GST and no cuts to the ABC or SBS.”

Under Abbott, the ABC would see its budget slashed by more than $254 million dollars, and more recently so-called ‘defender of the ABC’ Malcolm Turnbull’s budget saw a further $84 million from the public broadcaster. Now, the Liberal Party’s peak council voted this week to privatise the ABC, two to one. The government was quick to reassure the public that the vote was nonbinding and no such plan was ever in the works, but given the Coalition’s previous history with the ABC, the damage may have already been done when it comes to public confidence.

Writer and social commentator, Van Badham, joined Sean Britten to talk Aunty’s future and whether this was a massive own goal for the Coalition government.

It’s your ABC (for the right price maybe?)