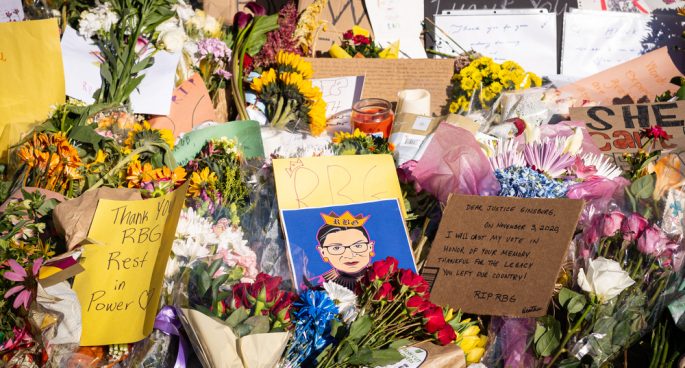 “We’ve run out of heroes today. Maybe this is the last one.”

On the 18th of September Ruth Bader Ginsburg, otherwise known as the “Notorious RBG” lost her battle with pancreatic cancer.

For those that are unaware, Ginsburg served as an associate justice of the Supreme Court of the United States from her appointment by President Bill Clinton in 1993, to her passing.

However, her profession does not define the true testament of her character.

“She was from an immigrant family; her parents were from Austria and Hungary.” Explains Ed Blakey, American politics expert and co-host of 2SER American news and politics podcast, US of Ed. “She went to Colombia law school on a scholarship and had a child.”

As a Jewish woman in the mid 20th century, Ginsburg defied all that rejected and underestimated her talents. Within the early years of her legal career, she defended minority groups, advocating for women’s rights and equality. 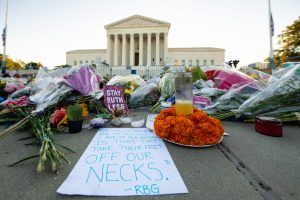 After her nomination for the Supreme Court by President Bill Clinton, Ginsburg became the second woman in history to serve on the court.

“The other members of the court looked up to her.” Ed Blakey claims.

With her unfortunate death, there now lies some controversy on who will fill her position. Within US law, if a court member’s spot is suddenly available, it can be filled by a nominated party from the current acting President. In 2016, former President Barack Obama had a similar opportunity to appoint a justice after the death of Justice Antonin Scalia. However, this was heavily refuted by Republicans, delaying the nomination until Obama was out of office. Now, President Donald Trump is acting quick to appoint conservatist member Amy Coney Barrett.

“Whatever he wants to happen, will happen.” Warns Stephanie Zuniga-Maher, also from Democrats Abroad.

With the future of the Supreme Court uncertain, it does cause concern for the public of the United States. However, this is not the time for public debate, but a time for mourning after the death of a true feminist icon.

“[She] represents everything that’s good about the world.” States Dana Rawls.

In a world of uncertainty and rising civil unrest in many nations, it is important to reflect on the individuals that have pioneered throughout history as icons of equality, love, intelligence and opportunity.

Perhaps we should look to the past and be inspired by these icons. We should instill the resilience, optimism and power they exude to improve our future, rather than accept the dangerous attitudes and actions that currently circulate our globe.

Listen to the full US of Ed Special: Ruth Bader Ginsburg by clicking here.