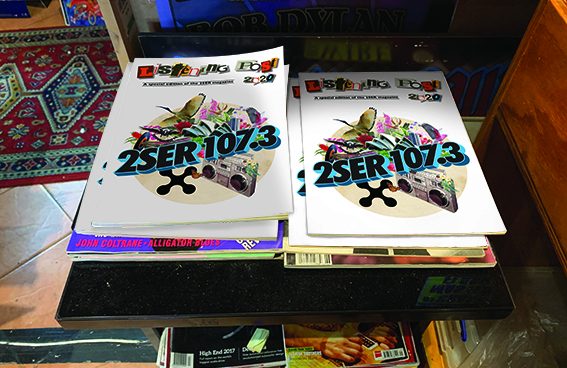 Dom Romeo took on the task of laying out the 2020 Radiothon Edition of Listening Post with a passionate enthusiasm that shocked even us. Going well beyond reasonable expectations Dom has created an incredible snapshot of 2SER at the moment, as well as digging deep into the history of the station with material unearthed during our 40th anniversary archiving last year. With the help of Liz Giuffre and station volunteers, the magazine will give listeners an insight into the station whether they have been listening for 30 minutes or 30 years.

Check out old copies of Listening Post online at The Trove archive here.

We asked Dom why he chucked himself into this mammoth task, this was his reply: 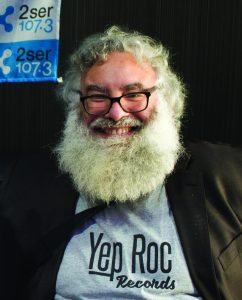 If this sounds like some kind of bizarre affliction or addiction (and note that each sounds a lot like the other!), may I say that it makes me a perfect fit for 2SER and Listening Post; if there’s something I’ve learnt, having been granted this joy-inducing privilege, it’s that 2SER was built upon the great work of passionate broadcasters and support staff. Some were paid – never, it sees, terribly much. Most volunteered. All were dedicated to sharing with their community.

Themes of being given a voice and an opportunity to learn how to use it, to speak to and with, and to be heard by and, in turn, listen to, those audiences initially not catered for elsewhere – recur in the reminiscences and origin stories of so many alumni, many of whom helped celebrate the station’s 40th anniversary in 2019. Another recurring motif was that of ‘speaking truth to power’ in a manner that neither government nor commercial broadcasters ever could and never will. That so many alumni went on to do great work elsewhere reflects the fact that they, in addition to so many others, were able to do great work at 2SER in the first place. This empowerment, and opportunity to contribute the cultural and intellectual life of greater Sydney and beyond, continues to this day. This, I realised, a mere couple of articles into the magazine-building process. Every submission reflected gratitude for the opportunity to help entertain and inform, and each was very informative indeed. I was downright chuffed to be able to do the same. 107.3’ to have made their inclusion impossible, and their exclusion, regrettable. We wanted to use them in some way in this publication. Several alumni helped identify a fair whack of former colleagues – but it took a deep dive rather than a casual dip into back issues of Listening Post to ascertain and appreciate their context. So often, I discovered historic antecedents to current programs. In some cases, there were no historic antecedents – just long-running current programs. And articles could have fitted in the ‘current’ part of the magazine as easily as the ‘historic’ (see, for example, articles dealing with Static and the annual Bob Dylan Birthday Marathons).

I learnt so much local recent history, not just of 2SER but of Sydney’s cultural life beyond; still, I suspect I barely scratched the surface. And yet, through the process, I discovered the itch runs deep. I do hope Listening Post continues to exist beyond 2020 – so that when the station reaches its 80th anniversary someone with a similar itch will be granted the honour, privilege and opportunity to share some of the stories from the intervening decades, to flesh them out with further context.

This is where I should stop and thank everyone. And I will. But considering the rapid rate of change society, technology, culture and education are currently undergoing, and the fact that culture and education especially appear on the verge more than ever before to be totally gone, we all should be thanking everyone. From the educators at the then New South Wales Institute of Technology and Macquarie University, 41 years ago who realised what a great asset a radio station was for the cultural and intellectual life 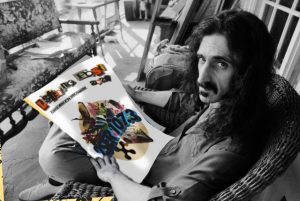 of students, academics and listeners who were neither; and the politicians who made it happen initially, and then subsequently, with grants and support; through the succession of station managers, program managers, producers, admin staff, volunteers, techies, academics; all the way to the current staff, producers, volunteers and educators, especially the ones currently making programs, running the station, training volunteers; especially to Archivist Extraordinaire Dr Liz Giuffre, a wonderful academic who loves knowledge and loves sharing it, and Projects Coordinator Jess Klajman, who helped Liz’s ‘Deep Dives into the Archives; to Station Manager Martin Walters, Operations Coordinator Michael Jones and especially Comms Chris Yates. To Trove for having Listening Post digitally on hand and searchable; to University of Technology and Macquarie University for their continued financial support. And most of all to listeners, contributors, supporters and subscribers. 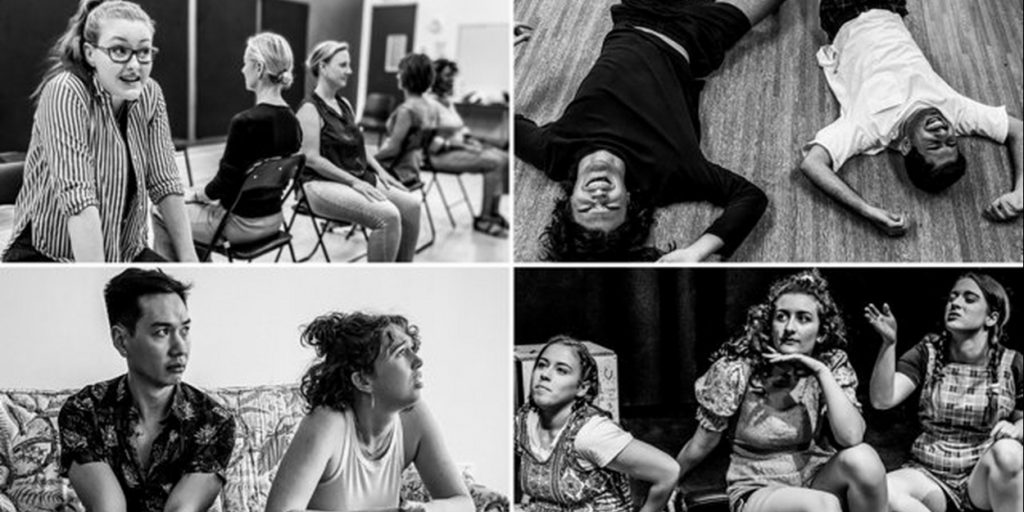