Loosening the Reins on Sydney 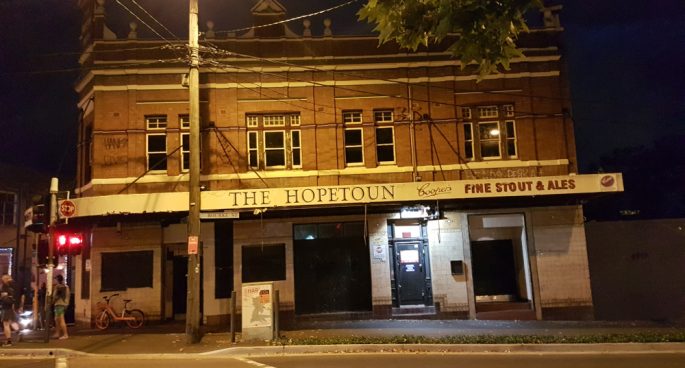 Gladys is loosening the reins on Sydney’s lockout laws, but can the music industry “depression” be reversed?

Last Sunday, Sydney’s citizens awoke to some surprising and positive news. NSW’ s premier Gladys Berejiklian announced that lockout laws would be lifted in Sydney’s CBD. Speaking to the AAP, Berejiklian explained the change, asserting that “Sydney is Australia’s only global city and we need our night life to reflect that”.

The lockout laws, enacted in 2014, required that licensed venues close their doors at 1:30am and stop serving alcohol after 3am. The restrictions constituted a hard-line government response to upsurges in violent street crime which had occurred in the previous few years. Of particular concern, the one-punch deaths of Thomas Kelly and Daniel Christie in Kings Cross.

While figures released to the Bureau of Crime and Statistics initially reflected a notable decline in violence in Kings Cross, the positive impact in Sydney’s CBD was limited. Recorded rates of violent crime have fallen by 53% in Kings Cross, compared to only 4% in Sydney’s CBD. Interestingly, crime and violence has been displaced to alternative nightspots neighbouring Sydney’s lockout zones: Newtown, Bondi Beach, Double Bay and Coogee. Non-domestic assaults increased by 30% in these areas.

In addition to the issues caused by displaced violence, the lockout laws have adversely impacted Sydney’s music scene. Prominent artists such as Flume, Alison Wonderland and Golden Features launched their careers in the thriving Sydney music circuit ten years ago This raises questions about how the lockout laws have impacted the proliferation of Australian music and breakthrough artists.

“Negative perceptions of Sydney’s nightlife have led to a decrease of 490,000 people aged under 35 visiting Sydney each year since 2013.”

The Inquiry into ‘Sydney’s music venue crisis’ which was presented to parliament earlier this year likely played an important role in advocating for amendments to lockout laws. Out of 22 primary purpose music venues which existed in 2011 in the City of Sydney Local Government Area, only 11 venues remain. Veteran jazz singer Jenny Morris described the “depression” which has spread among Sydney’s musicians. Morris claimed she would not have experienced the successful career she has if she were starting in Sydney’s music scene now.

The economic impact of the lockout laws is equally alarming. Negative perceptions of Sydney’s nightlife have led to a decrease of 490,000 people aged under 35 visiting Sydney each year since 2013. Owner of popular music venue Oxford Art Factory, Mark Gerber, reported in a recent inquiry that his business had lost over 40% of revenue because of the laws. Gerber went on to describe the that the once bustling Oxford Street region as resembling a “ghost town” after midnight.

While the economic and social implications of the lockout laws can be clearly seen, it remains unclear whether relaxing the restrictions in Sydney’s CBD will be enough to reverse the music industry depression.