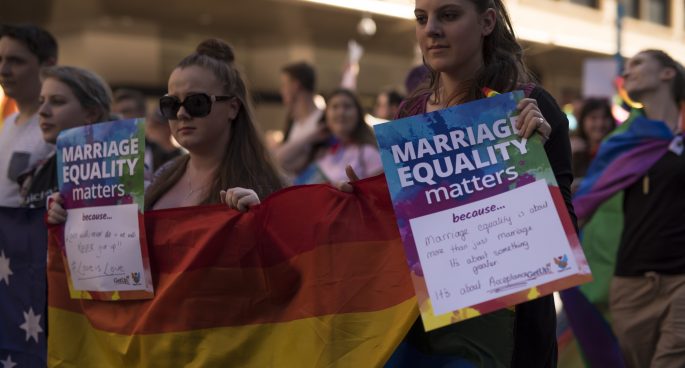 The Marriage Equality postal vote is on everyone’s lips the past few weeks, and the recent no vote ad has produced a massive backlash all over social media, with even Bill Shorten calling it “offensive and hurtful to LGBTI Australians and their families”.

Despite the outrage against the ad, it still managed to fill everyone’s newsfeeds. So what is the yes vote campaign doing to reach this same level of exposure?

The Daily was joined by Alex Greenwich, Independent MP for Sydney and Co-Chair for Australian Marriage Equality to talk about what the yes campaign for the postal plebiscite is doing to have their voice heard.