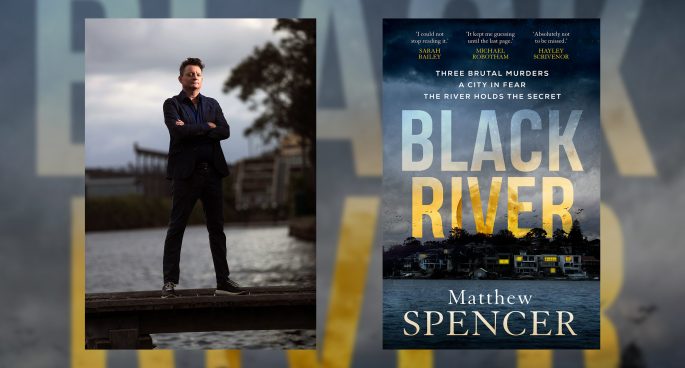 Andrew Pople from Final Draft talks with Matthew Spencer about his debut thriller, ‘Black River‘. Journalist Adam Bowman and Detective Sergeant Rose Riley find their lives in orbit as a serial killer patrols Sydney’s Parramatta River. Bowman is convinced it’ll be the story of his career, with the press clawing for news of what they recalcitrantly dub the ‘Blue Moon Killer’. Career-making or not, Riley has to manage a Sydney gripped by fear, and Bowman has to wade into the dark corners of his past. Sleepless nights and personal turmoil await at every turn as their collaboration threatens to either sink or save the case.

Thank you to Allen & Unwin for providing Final Draft and Death of the Reader Copies.