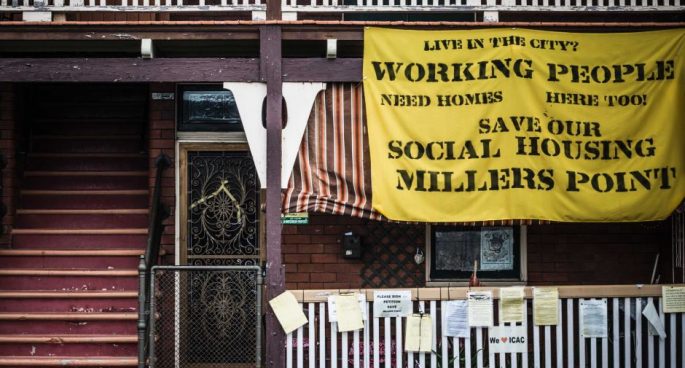 Earlier this month the Millers Point Action Group held a protest to highlight the governments selling of public housing assets. Four men were arrested and detained after the riot police where called to the scene.