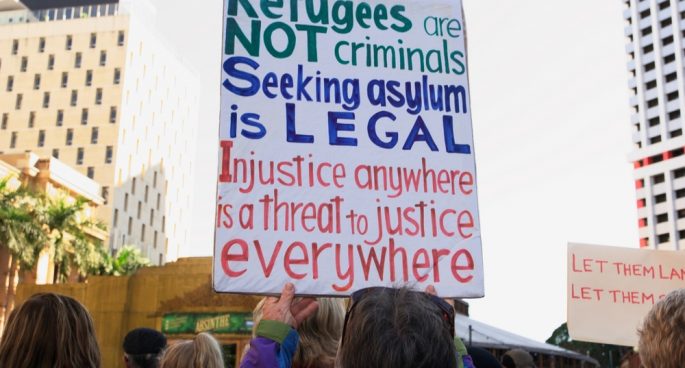 As refugees still face indefinite detention in Australia’s offshore detention centres, reports of maltreatment and medical negligence loom so large it’s as if most of Australia is able to ignore it, or feel as though it’s deserved. Julie Macken says our cruelty towards refugees proves our system is “deeply broken”, and raises questions about who and what gets called a human being.

“The point of which a person, a government, an organisation is willing to create circumstances, practices or conditions that lead to the torture of another person is the point at which we walk away from any idea of shared humanity,” Macken says.

She says that, while it’s no wonder our faith in institutions has plummeted, it’s still possible to regain trust, but it begins by committing to basic decency and realising there are certain boundaries we just cannot cross – cruelty towards refugees being one them.